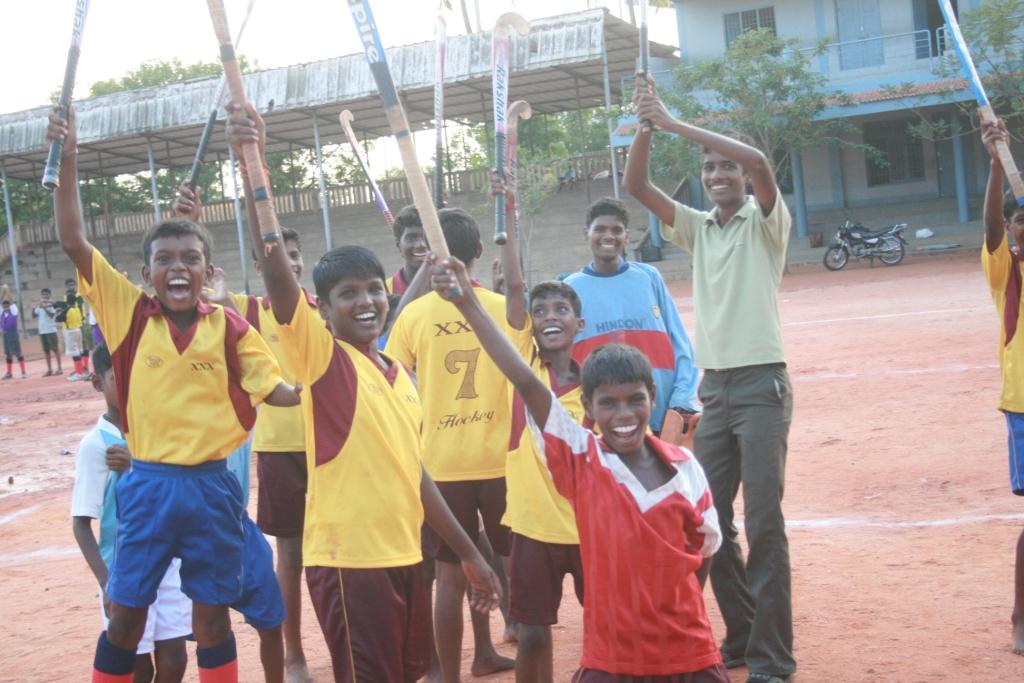 Kuruvinatham children: ...and did you think that we will loose the watch?

The crucial last phase of the innovative Schools Hockey League 2009 has commenced. The last week of November will take the Special Schools Trophy to its home -- which will be decided after all the seven matches are completed in Puducherry this week.
Two matches each on 23rd and 24th have been held on Tuesday and Wednesday, but not before the organiers climbed a mountain of problem before the ball was set in motion.
The unexpected rain placed the well-thought out program on wrong gear. Our idea of having a match each on every school enlisted to OTHL went on wrong gear with those rain spells.
Therefore, we had our plan B ready – hosting matches on Petit Seminaire Ground alone. This ground was also affected by rains but still it was the one that kept the flames of our hope alive.
It did take a good bit of effort to prepare the ground filling up slushy patches.
At the assigned time 1530, the students started pouring in; the first being Vivekanandha Higher Secondary School, followed by GHS Kuruvinatham and then Petit Seminaire.
The first match started between Petit Seminaire and GHS Kuruvinatham. It didn’t even take Kuruvinatham boys to put on the higher gear. This immediately forced the ever strong Petit Seminaire team to take the defensive route.

Hadn’t relaxed rules come to the rescue of Petit, they would have conceded a number of penalty corners today.
Kuruvinatham boys never let the grip loose and there were number of occasions where OTHL team nearly shouted in supported of Kuruvinatham boys. Reason being, the desperate and valiant attacks they did on Petit’s goal.
Petit’s goalkeeper was alert most of the time and did his best in successfully defending most of the attacks.
It was only after the lemon break , Kuruvinatham boys were able to achieve the sole goal of the game – courtesy Bhuvaneshwaran. That is how the match ended 1-0. Kuruvinatham bagged the cash prize of Rs. 1000 where Petit had to console with Rs. 250.

For Petit Bujju and Kalaiarsan of Kuruvinatham bagged the consolation prizes for the match.
Sudish Kumar and Bala officiated the match proceedings 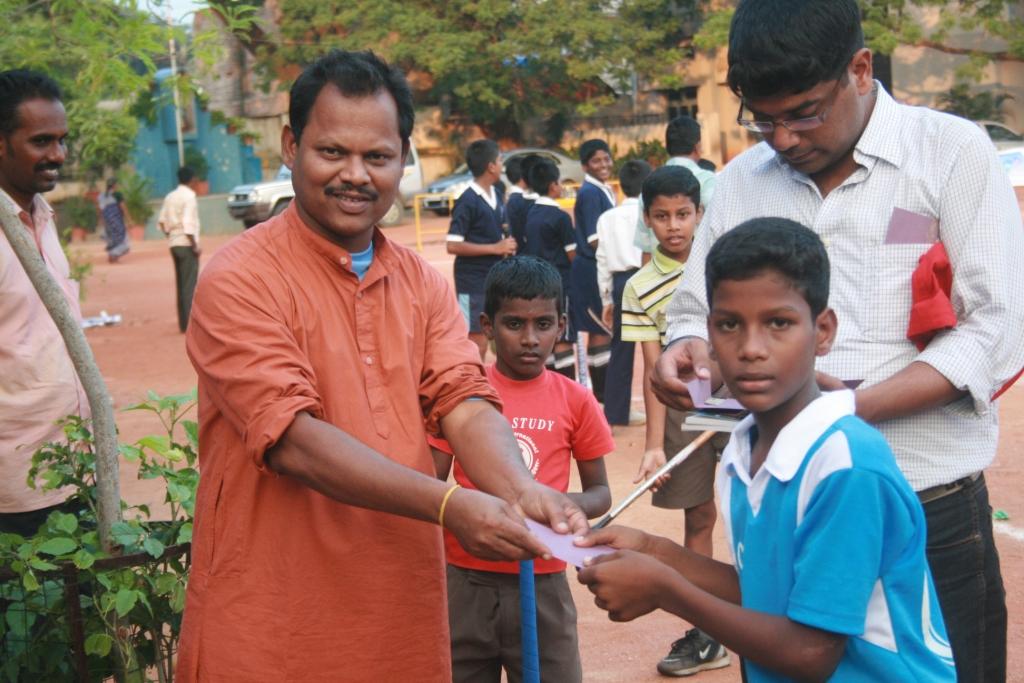 Smiles all the way...

Commencing the next match, was the priority because of the day coming to a close very soon. Amalorpavam looked well prepared along with their coach Bala and Vivekanandha School had words of caution and encouragement from their coach Rajesh.

The match started and Vivekanandha started attacks in a rampage putting Amalorpavam. They came to scoring a goal a number of times but in vain.

It was only in the 2nd half that Amalorpavam came back into the game and switched gears from defending to counter-attacking. 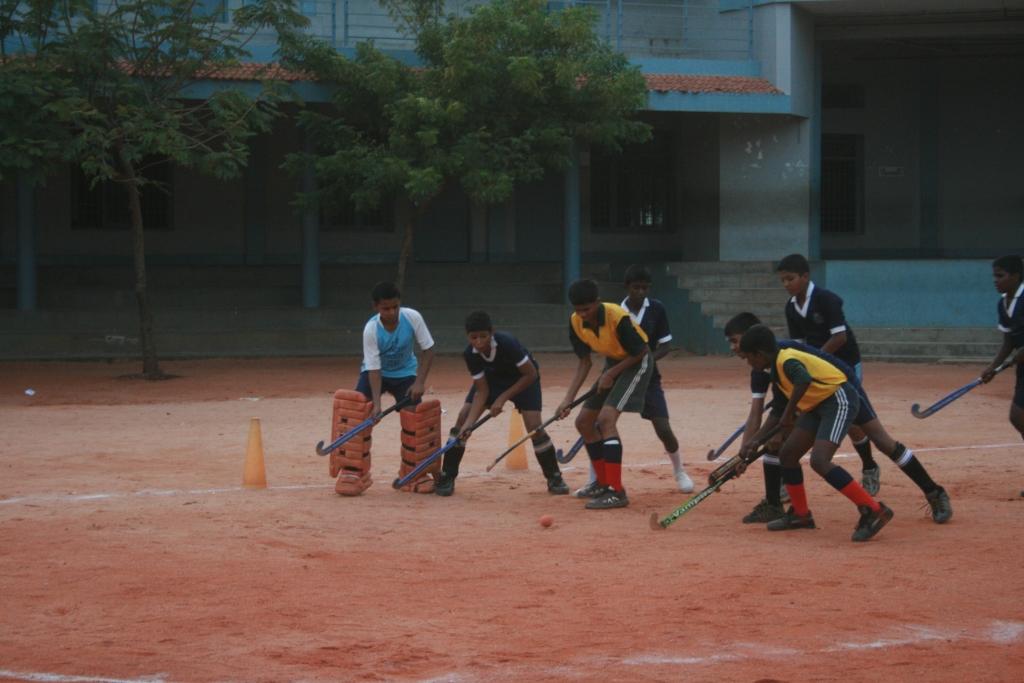 Numerous shouts from the sidelines by the respective coaches and the children couldn’t help the score board and the tuft contested match ended with either sides never being able to put the ball beyond those few feet of the goal line.

For Amalorpavam, it was S Manikandan and Kamal kanth, the captain of Vivekanandha School, Lawspet bagged the consolation prizes for their play in the game.

K P Jayeaas and Sudish Kumar officiated the proceedings of the match.