We are happy to inform that our talented School Govt. Boys Sr. Sec School, Mahrauli has reached the semifinal of the Pre-Nehru Cup competition being held at Subhash Nagar grounds by the Sports Directorate of Govt of NCR of Delhi. 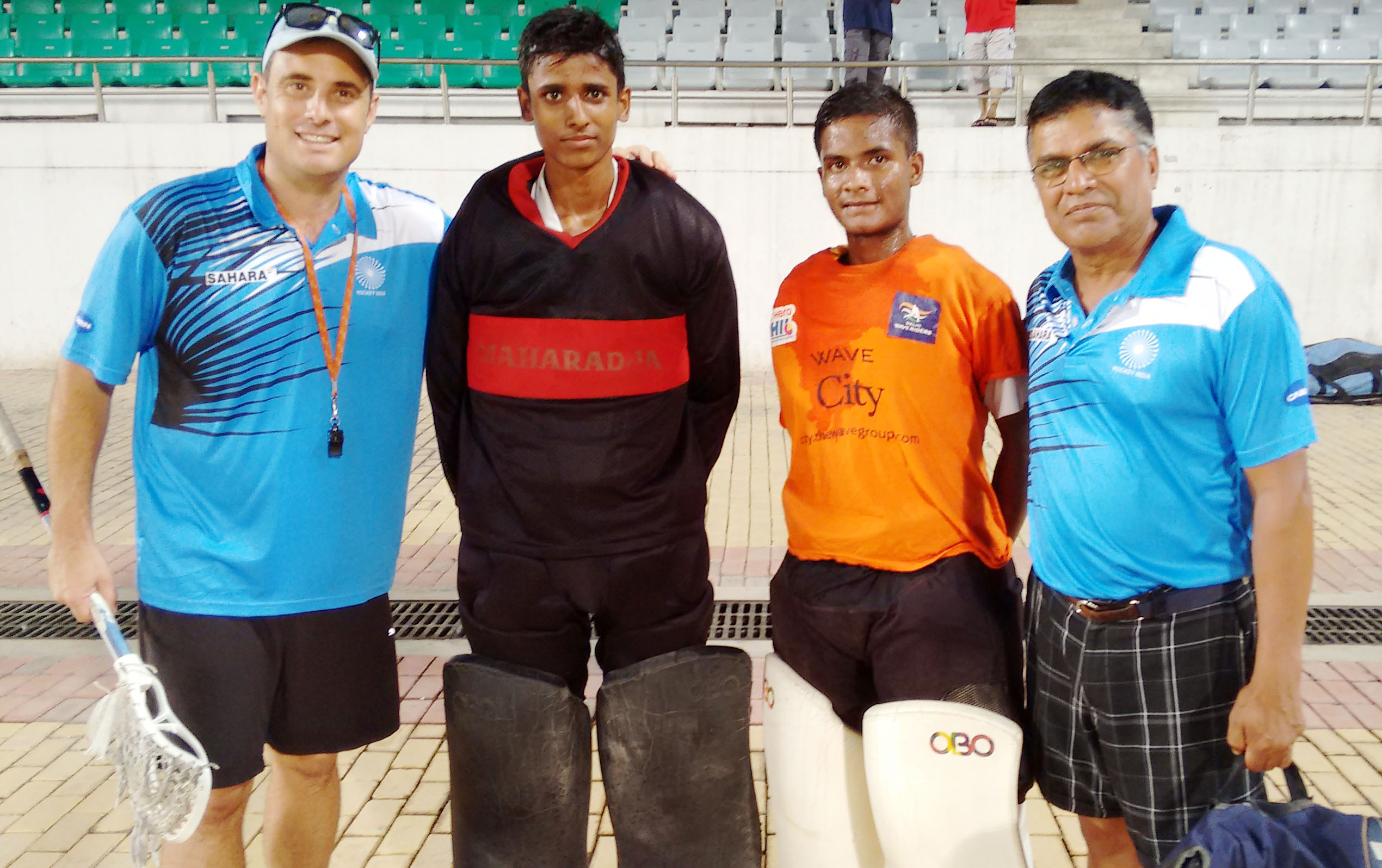 Another good news, which is path breaking, about two of our talented goalkeepers. Deepanshu of Govt Boys Sr. Sec. School, Khanpur (New Delhi) and Shivam Jha of Govt Boys Sr. Sec. School, Mahrauli have made it happen: They are in the combined national camp of Goalkeepers. The camp is now going on in New Delhi. It is conducted by David Staniforth of South Africa, with Indian former star goalie Romeo James in the helm.

Five of our OTHL teams are in the Delhi State Championship being organized by the Delhi Hockey, the body that runs the hockey affairs in the state. Despite being exam times, we entered five teams, as the championship is valued high by the recruiting agencies and college authorities. GBSSS, Maharauli, GBSSS Saket J, Saket G, GBSSS Ambedkar Nagar(which is combined team of 3,4 schools), Anglo-Arabic School are our entries.

Meanwhile, we have an unpleasant news also to publish. We found one of our players jumping the position and playing in an over-age tournament. Anil, who was sent with the OTHL XI team as its caretaker / manager, had played in the Gian Singh Memorial Academy Test Series, which is meant for uner-15 boys. A letter was written to the coach Jai Shankar Dubey on this matter, who inventories all the teams and found Anil is over-age. Anil was then suspended for three months from playing in any of OTHL tournament with effect from 3rd Sept. 2015. We advise him to be compliant to all the norms of OTHL.