Hockey Citizen Group, the NGO that brought me to hockey, gave me the responsibility of managing the One Thousand Hockey Legs XI team for the third Delhi State Sub-Junior Championship. I thank HCG wholeheartedly for e assignment on trainee-manager way. This gave me new experience  as to how to handle the team, and what are the specific functions of Manager. Our team played well to reach the semifinal with good display against Army Pubic School and others. However, it found wanting in the semifinal against a school team from Bangner. Our team did not use the wings often but relied on central attack, which made scoring difficult. I feel we need good forwards who can change half chances into goal. Here in the semis, we could not score even a single goal. We gave away one goal and lost. 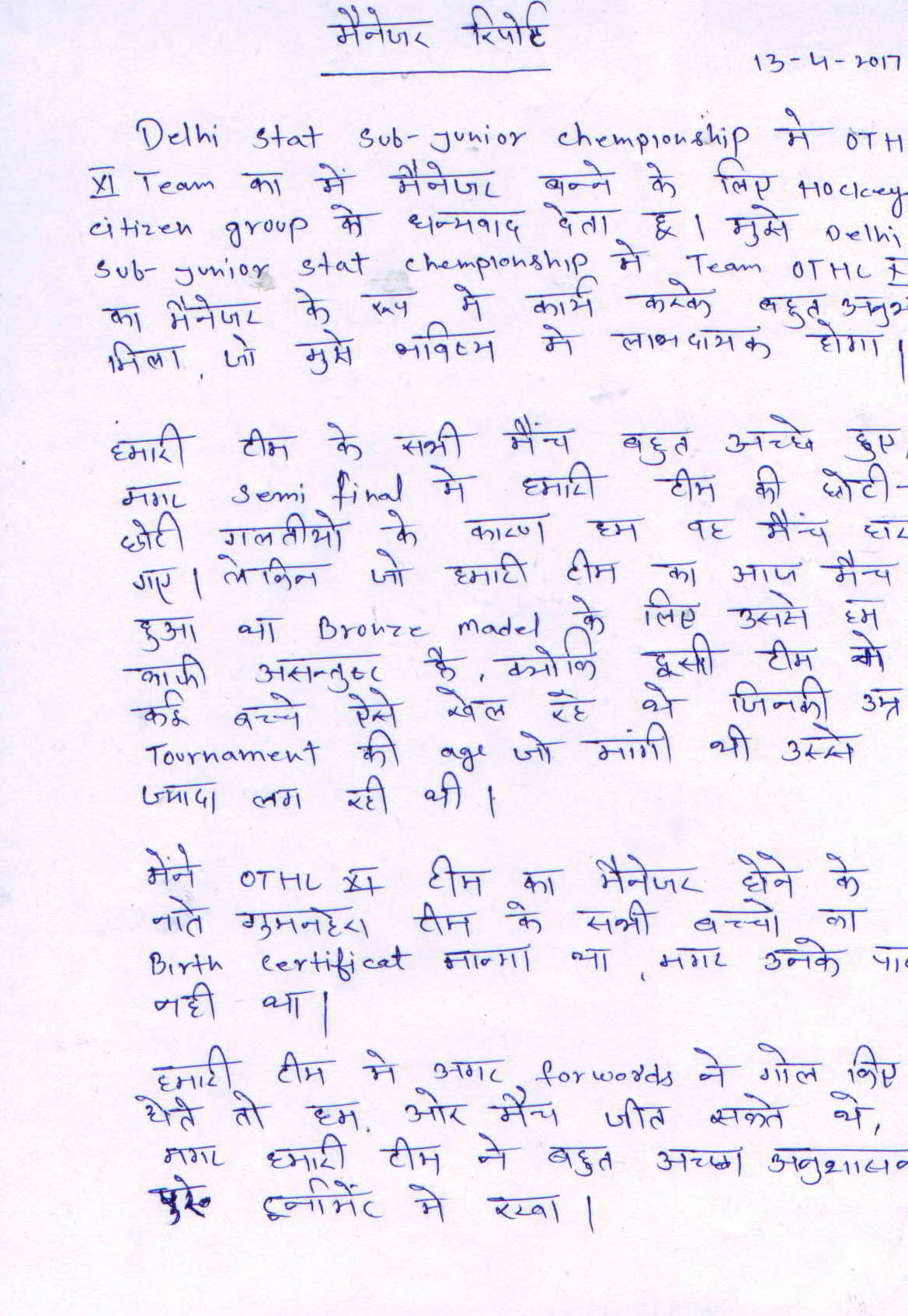 In the bronze medal match played today, we lost it by 2-3. During the match I found the most players from other team appeared over age for the Under-16 category. I asked the other team management to give age proof. Tehnical officials too very helpful and heard my request. They told me they will get us self attested birth certificate copies of all the 18 players. Once I get them, I will hand over to Hockey Citizen Group managment.

Once again I thank for the opportunity given.

Management Note: We started training eligible senior players to function as Manager and other team officials, keeping future in mind. Abhishek Rana, who secured about 80% in +2 exam recently, has been asked to manage our Sub-Jr team for the Delhi State Sub-Junior Championship, where we finished our matches today. Above is the Trainee-Manager's report. Whoever gets more percentage of marks in their academics will get next chance to do a Rana.