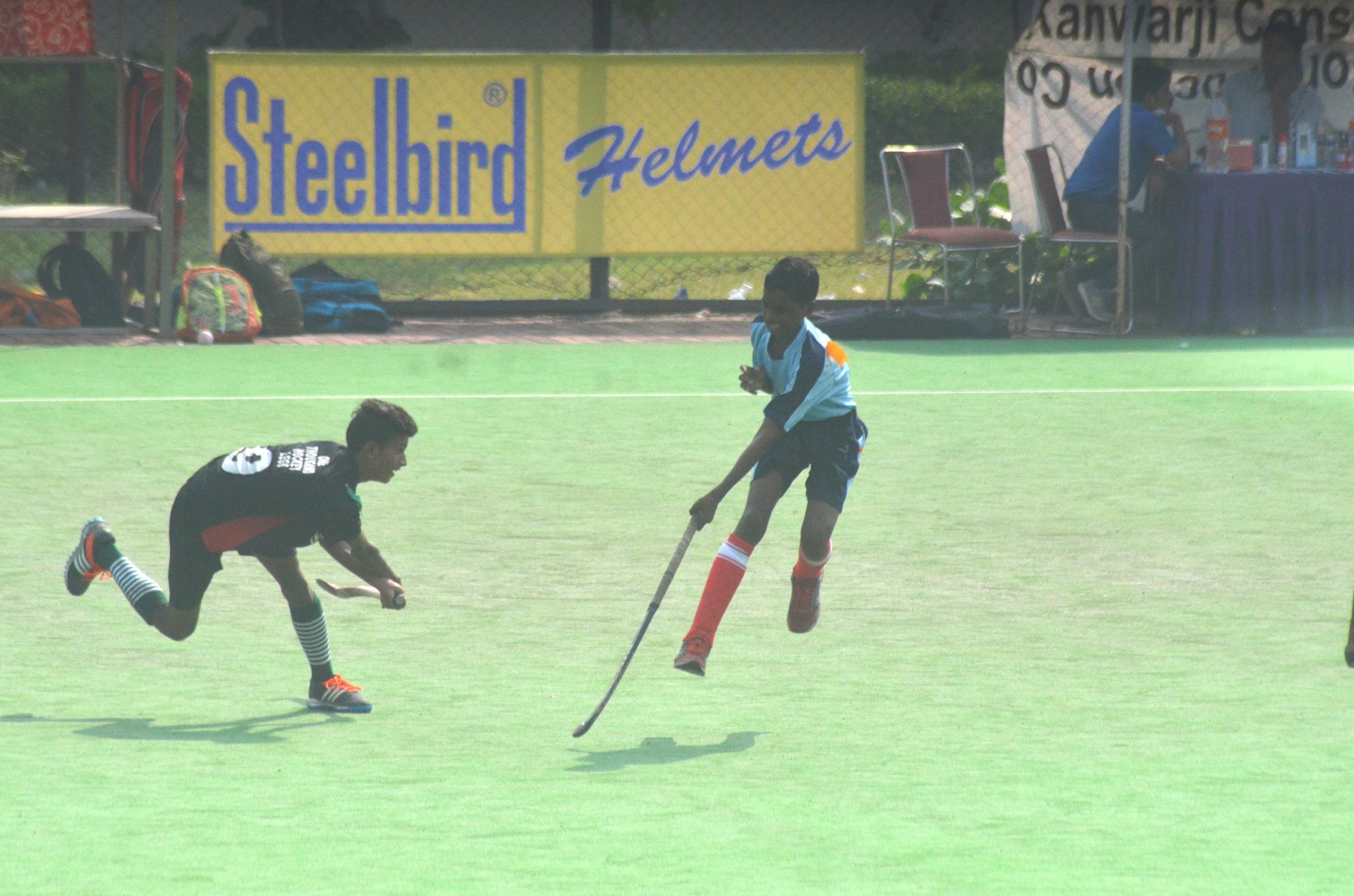 Sachin was declared Man of the Match at Pune in the 2nd SGNB All India Inter-School tournament held last week.

In the first encounter in the wee hours of Monday, OTHL XI scrapped through for full points against Punjab Public School from Nabha, Punjab. The scoreline was 2-1. Sachin and Aditya struck a goal each.

Since taking part in 2013, various OTHL teams have tried hard to get past the preliminary, but failed. At least one strong Academy team used to come in the way.

This is the first team to break the barrier and be in the Super League which will commence from 15th.

Nehru Hockey Tournament Society is the first national level organization to give the NGO direct entry for the tournament.

It is worthwhile to mention here that one champions schools team from each state participate in the prestigious All India tournament, started 35 years ago, and hence holding all its six flagship events without break.

Education Departments of each State organize a Pre-Nehru tournament and the winner is sent to Delhi, the tradition that has started four decades ago is still being maintained.