Bhavdeep Ji interacting with OTHL boys in an informal way

Bhavdeep Virdi is a management professional working for an investment bank in England and has an engineering background.

He also wields a hockey stick with passion and aplomb and seems to combine everything in an off-the-pitch effort to boost the game he loves.

In 2014 he learned about OTHL after countless searches on the internet to find a hockey organization that cares for children.

“It was just what I wanted. You have so many bodies connected to the sport but here was one that took care of very young players from poor families and I wanted to be associated with it,” Virdi, 42, reveals.

“So in 2015 during a visit to Delhi, I met Armugamji,” he explains. “I wanted to see what he does at Saket ground” and was impressed.

Virdi chose a pertinent channel to help the cause. Equipment is a basic need to play the sport and I thought 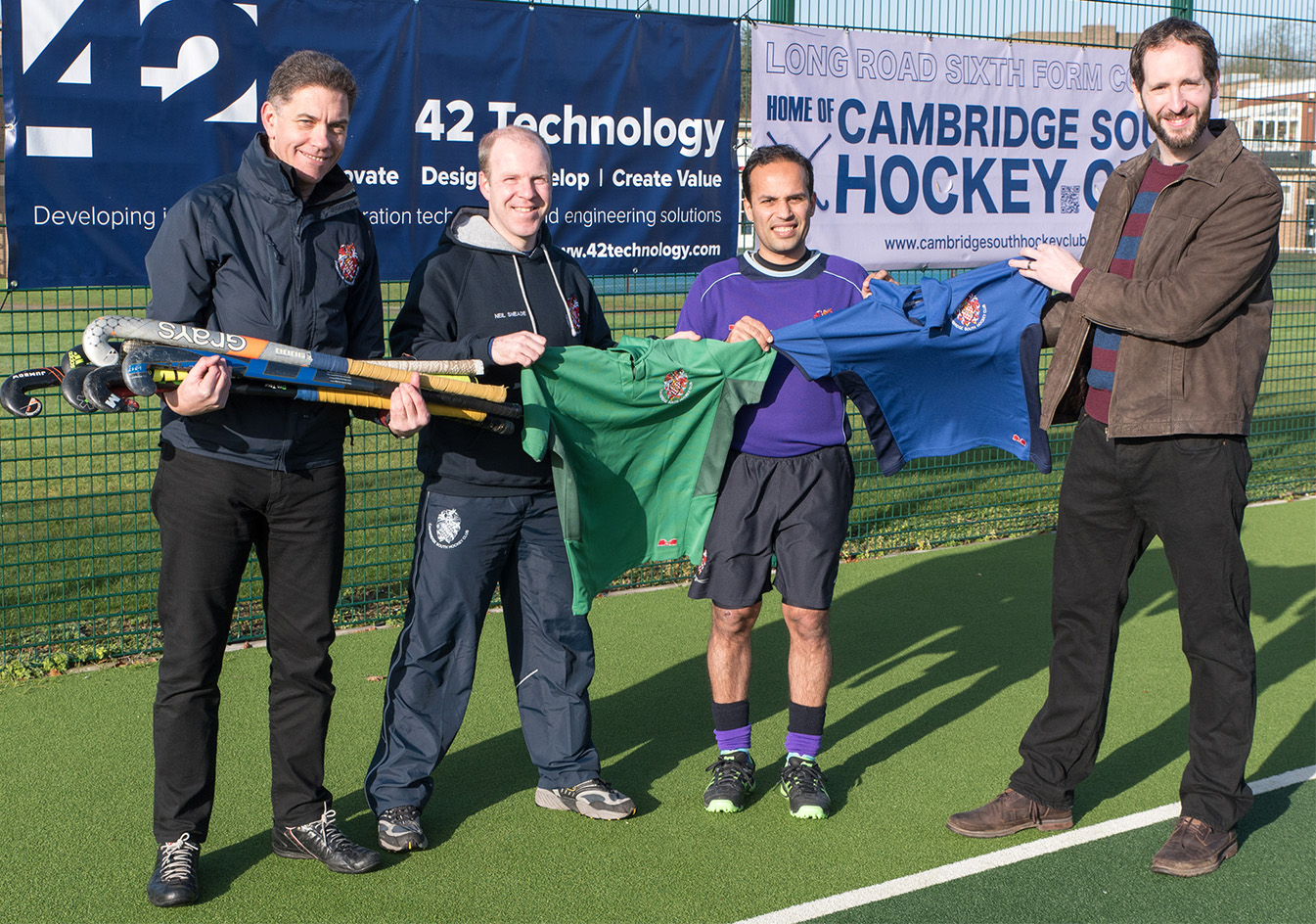 ALL FOR THE CAUSE: Fund raising and equipment collection for OTHL kids

of helping OTHL gain access to sticks, shin pads, balls etc from England where he lives.

“Kids in the UK throw away their sticks still good enough to be used. I make sure those sticks found their way to OTHL along with other pieces of equipment needed to play hockey,” Virdi explains.

“I helped raise funds from quiz competitions which brought some 400 pounds.”

Virdi’s family hails from Amritsar and Srinagar. He was born in Kharagpur, West Bengal, and studied mechanical engineering at Punjab Technical University, Jalandhar before acquiring a management degree from IIT Madras.

He moved to England in 2008 where he took along his hockey skills to Cambridge South HC which he joined in 2009 and whose colours he still dons in competitive matches for the men’s first team.

Virdi is active as a coach as well, holding a Level 2 Certificate and also umpires. His Saturday mornings are spent coaching juniors, Thursday evenings, the ladies. 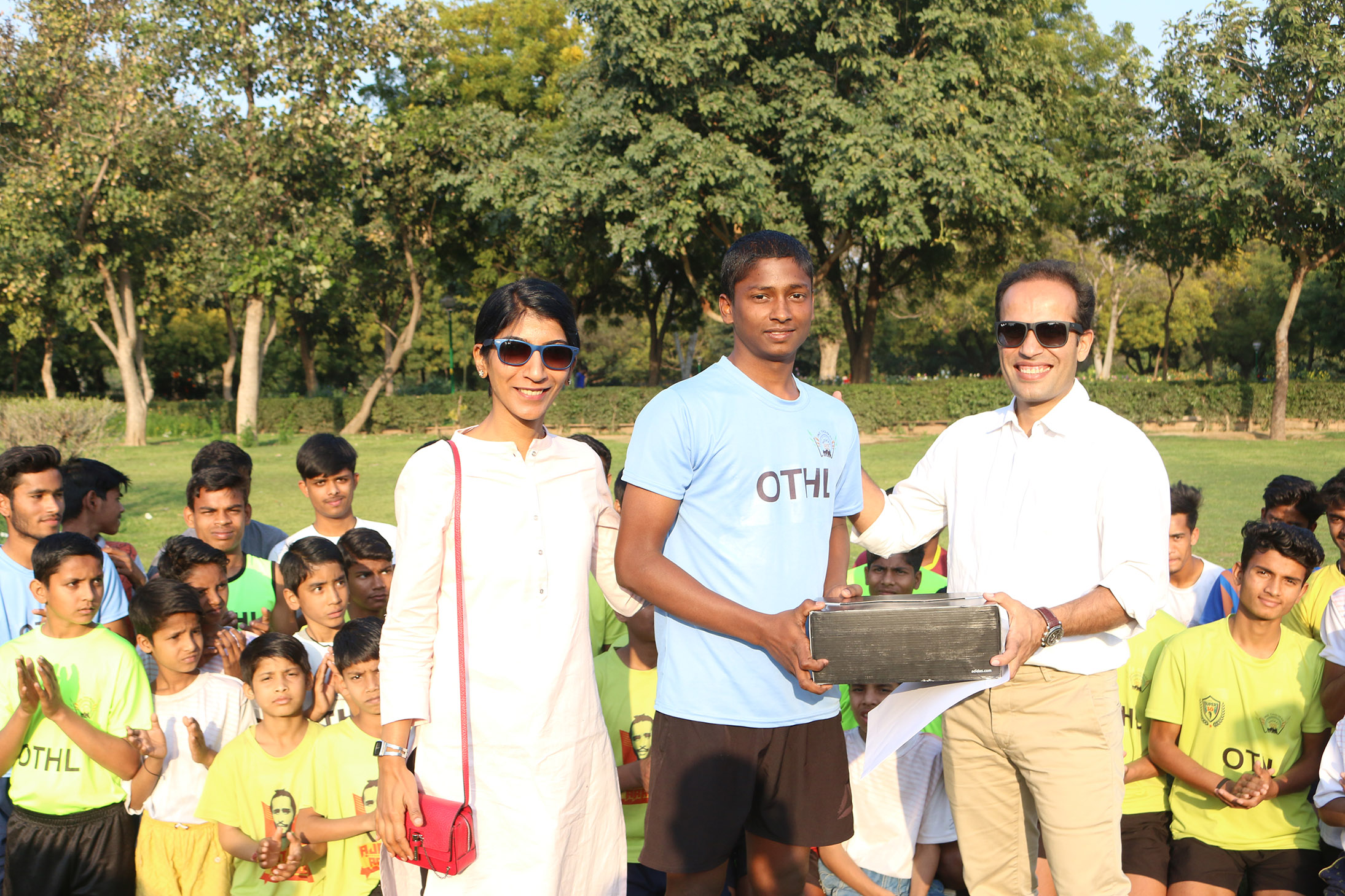 Not surprisingly, the importance of coaches at the junior level is to Virdi of paramount importance for the development of the game.

“You need coaches for youngsters to come to and be trained well. I provide Rs 15,000/- as monthly salary to a coach at OTLH,” he reveals when asked specifically about his contribution.

Virdi would have been packing his bags to travel to the 2020 Tokyo Olympics as a volunteer but will only do so next year owing to the Covid-19 pandemic-induced postponement of the Games.

His area of function as Training Team Leader is, not hockey, but the Modern Penthatlon.

But Virdi experienced 2016 Rio Olympic hockey when he accompanied his wife Trupti Kulkarni, a volunteer at the Games.

“Trupti’s knowledge of Spanish, Portuguese, English and Hindi brought saw her serve as translator in media interactions at the hockey competitions,” he reveals.

The couple, married in 2006, have no children but in Virdi’s words, “We don’t have children and we think there are many kids in the world whom we can help, without us having more kids.”

Trupti, who hails from Mumbai, works for a healthcare charity in Cambridge and duty often takes her to Africa --  objectives akin to her husband’s care for the hockey kids of OTHL.

To boot, Trupti is also a big hockey fan.

This would make him different from most sports-loving men in India by Virdi’s own reckoning. “Hockey,” he quipped, “is a first girlfriend to most in India. Cricket, a wife.”

For Virdi too, hockey is his first girlfriend but one he has far from forsaken. Trupti’s own passion for the game ensures hockey remains close to his heart even though happily married to Virdi! 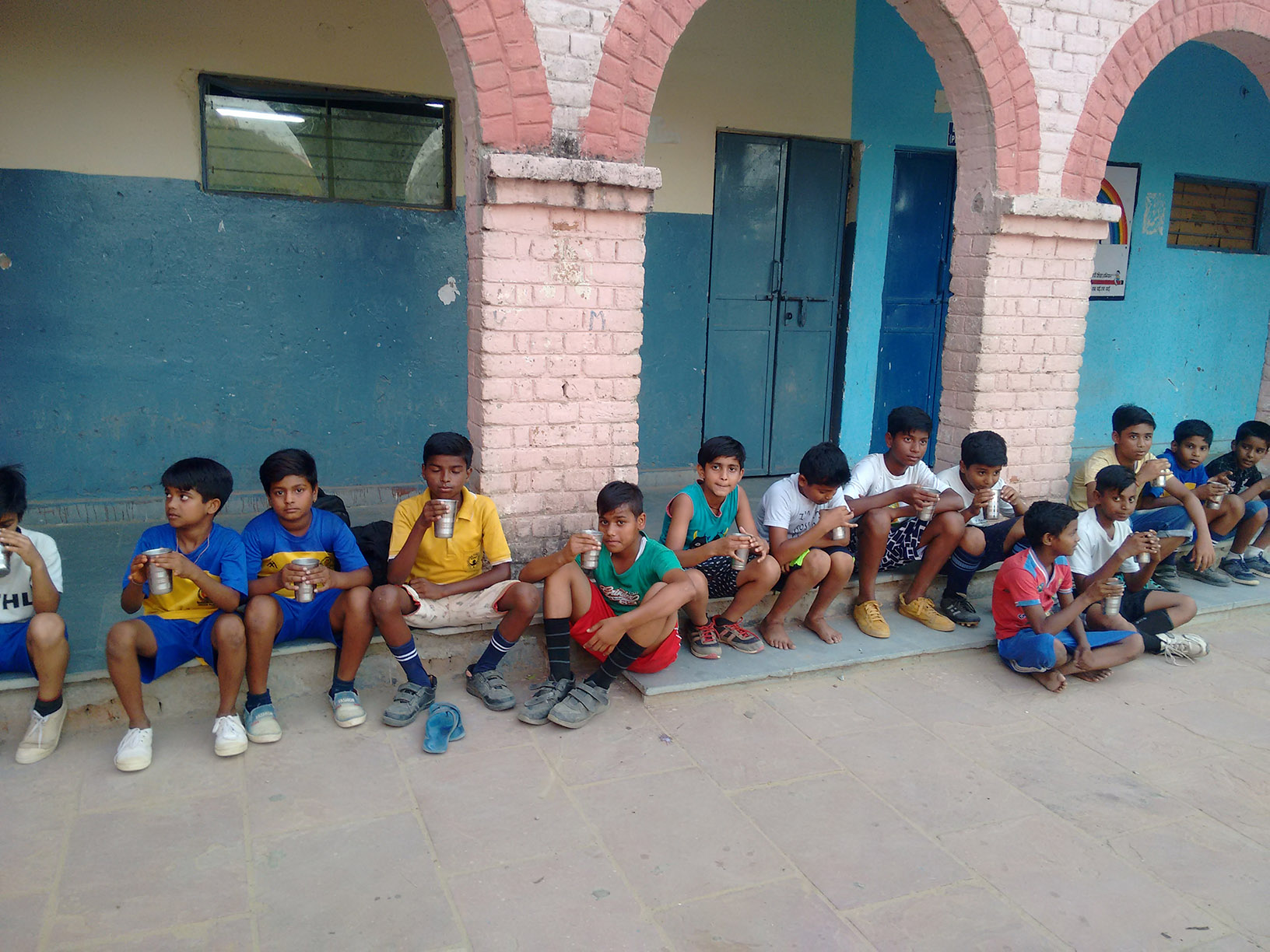 OTHL boys are given a glass milk after practice session

"Mr Virdee has developed deep bond with the OTHL. He often gives vital inputs to enrich the organizational construct. Most important is his commitment. For instantance, he seldom fails to visit any of our OTHL Centre whenever he comes to India. His wife Trupti accompanied him a couple of times to our centre. It is this spirit  that  enthuse and motivate all of us in OTHL. We know, he may have had to sqeeze in time in amid busy schedule, but he does " says K. Arumugam, founder, OTHL. 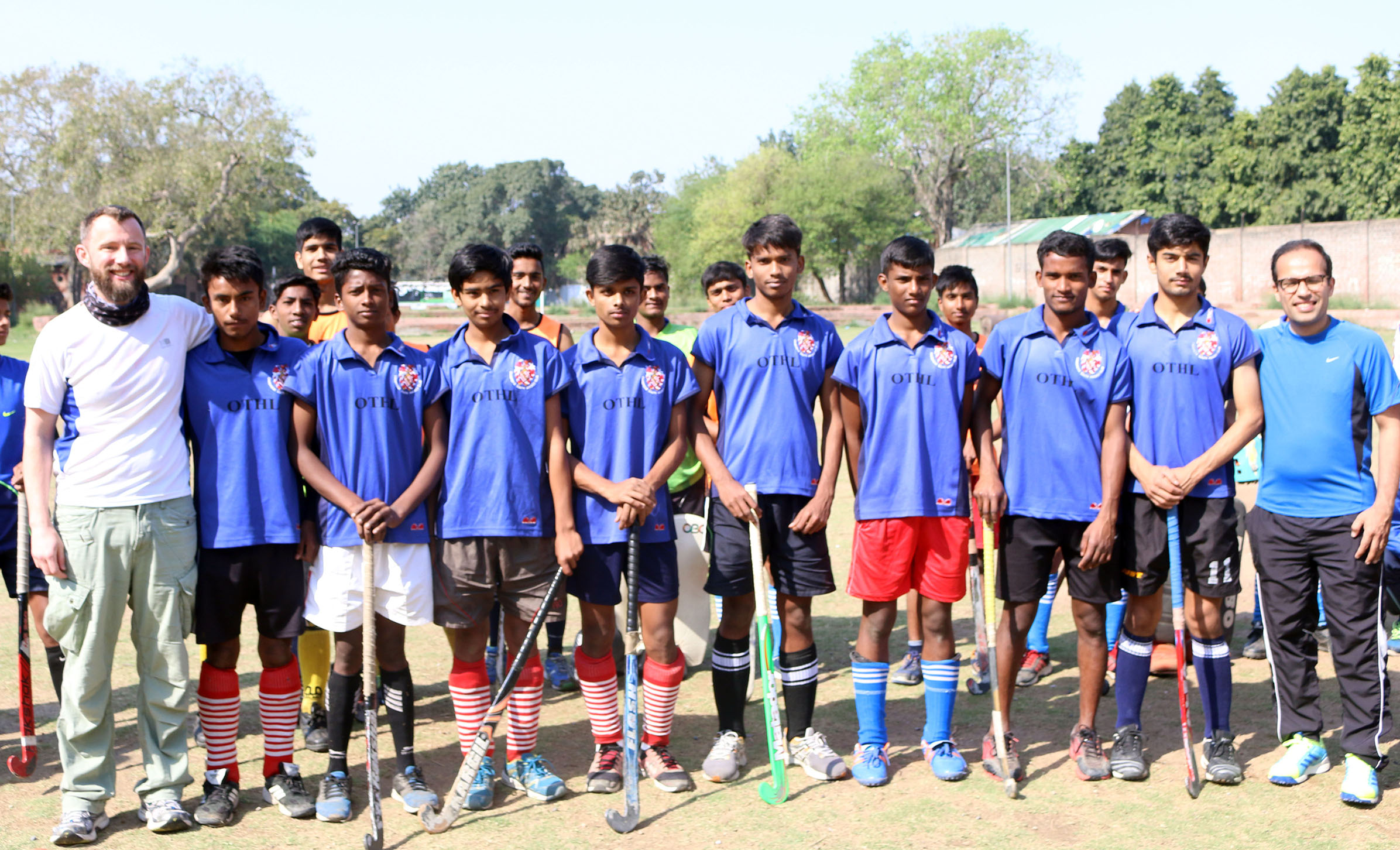 "Secondly, his monthly contribution has eased our burden. We now can spend more on other vital thing like giving milk for even more kids".

"That a person so far away thinks of OTHL and makes regular contributions for two years now speaks of his attachment to the work we do".

"This is striking and has deeply touched all of us", the grateful founder sums up his feelings on behalf of hundreds of 'voiceless' OTHL children.

With the volunteers of Bhavdeep Ji kind, OTHL is on a strong footing. No question about that, Arumugam concludes.