Kanpur Quiz: All you want to know about KD Singh Babu

A quiz will be conducted based on the information

Uttar Pradesh is a remarkable land. It has produced many super-heroes of India. The state has provided the maximum Prime-ministers including first Prime Minister Jawahar Lal Nehru, Lal Bahadur Shastri, Indira Gandhi and others.

Talking of legends, who can forget Munshi Premchand's contribution to the Indian literature, who hasn't read Vishnu Sharma's Panchtantra or who hasn't watched Mahabharat written by Ved Vyas?

If someone is interested in shayri, then the obvious favorites would be Mirza Ghalib, Jigar Moradabadi or Akbar Ilahabadi or Majaz Sahib, all shining stars of Uttar Pradesh. Ustad Bismillah Khan and Pandit Ravi Shankar are the homely figures in India because of the pleasing music they produced.

Ah! That reminds us of another magician. Years ago, there was a great player who used to create magic with his hockey stick! Legend has it that this one player on the field is equivalent to 22 on the ground. The famous hockey legend is none other than Kunwar Digvijay Singh, popularly known as KD Singh ‘Babu’.

’Babu’ was born on the 2nd February 1922 at Barabanki, a town about 30 km from Lucknow. His father Rai Bahadur Raghunath Singh was a famous lawyer, social activist and Tennis player.

Belonging to a socially enlightened family, K.D. Singh had begun participating in social activities and sports early in his childhood. A brilliant student as well as a talented sportsperson, he was ahead of others in almost all the field he chose to tread.

‘Babu’ was good at hockey, tennis, golf and cricket. In Sheesh Mahal Cricket Tournament at Lucknow, he once made a double century. He won several prizes in Badminton and Tennis. Babu was a good aimer, hunter and angler as well. Though KD Singh Babu has been an all rounder, he is today known for one sport he was extraordinarily talented at – the sport of Field Hockey.

K.D. Singh first played hockey at Dewa Mela in his hometown Barabanki. In 1937, he represented his college hockey team in many Inter-College tournaments. At the young age of 15, he represented the prestigious Lucknow Youngsters Athletic (LYA) Club. Once playing for LYA, he managed to score goals in the Traders Cup in Delhi against defender Mohammed Hussein, a famous hockey Olympian of his times. The newspapers hailed him, wrote about ‘Babu’s skills and prowess as a superb hockey player. ‘Babu’ has thus become a hero early in his career. 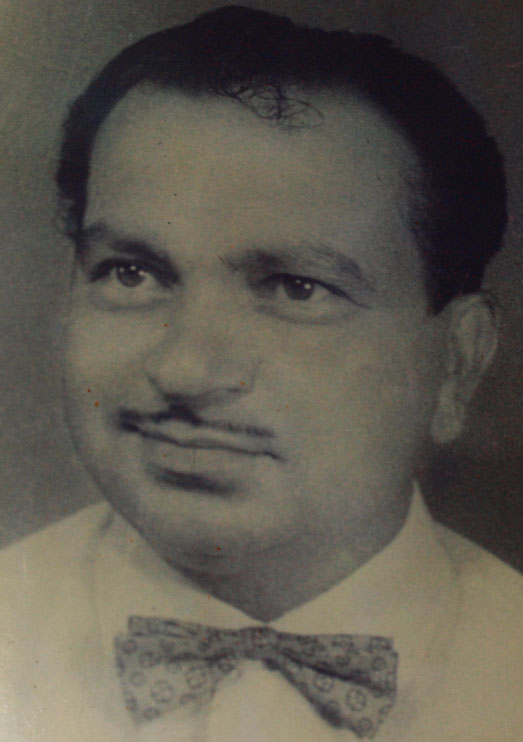 ‘Babu’ played for Uttar Pradesh in the prestigious Senior National Championship in 1939 onwards. However, he had to wait for some more time before getting the chance to play for India. This opportunity came when the World War II was over.

In 1946, the Indian Hockey team was sent to Ceylon (now Sri Lanka), and K.D. Singh was part of that great team. ‘Babu’s great hockey career thus got a tremendous boost. A little later, he toured Afghanistan, British East Africa (Kenya), Uganda and Tanzania. For the East Africa tour, his captain was none other than the greatest hockey player of India, Dhyan Chand. ‘Babu’ learnt many good things from his hero Dhyan Chand. Both have become close friends, and their friendship lasted throughout their lifetime.

In all these tours, ‘Babu’ played so well that his presence in the team has become vital for India’s victories. Babu scored many goals and also set up others to score. He remained a gem of a team player. KD Singh was today known for the two Olympics he played and excelled in.

After getting freedom, India played its first Olympic at London, England. K.D. Singh “Babu” was selected a vice captain of this historic team. The captain was elderly, winger Kishen Lal. Under their leadership, India won the Gold at London, defeating England in the final (4-0). This gold winning hockey team has become very popular in India, as it was Independent India’s first and the only Olympic gold. President and Prime Ministers congratulated the gold winning team on their return.

Four years later another Olympics was held, now in Helsinki. Talented and gifted forward ‘Babu’ got the honour of leading the Indian national hockey team. ‘Babu’s team did not disappoint. They again showed the world we are the kings of hockey. India won the Olympic Gold again at Helsinki, defeating The Netherlands in the final (6-1). “Babu’ thus got India its second Olympic gold after freedom, over all the fifth.

In particular, his individual game and leadership qualities at the Helsinki Olympic brought him global recognition. One such was the Helms Trophy. It was presented to him in 1953, as he was chosen as the Best athlete of the Asia. “Babu’ was the first Asian player to receive this acclaim.

After retirement from international hockey, ‘Babu’ helped hockey to flourish in India in particular in Uttar Pradesh. As the Sports Director of Uttar Pradesh State Government, he launched many innovative schemes to spot and groom sporting talents. He always wanted sports to develop in schools.

The Government of India bestowed upon the great leader the prestigious civil award Padma Shri in 1958. Grateful nation also immortalized him, naming stadium in Lucknow after him. Lucknow today proudly has a K.D. Singh Babu Stadium in the centre of city.

The great player, who brought many laurels to the country and unearthed many sporting talents for the country, died on 27th of March 1978 at the age of 56.