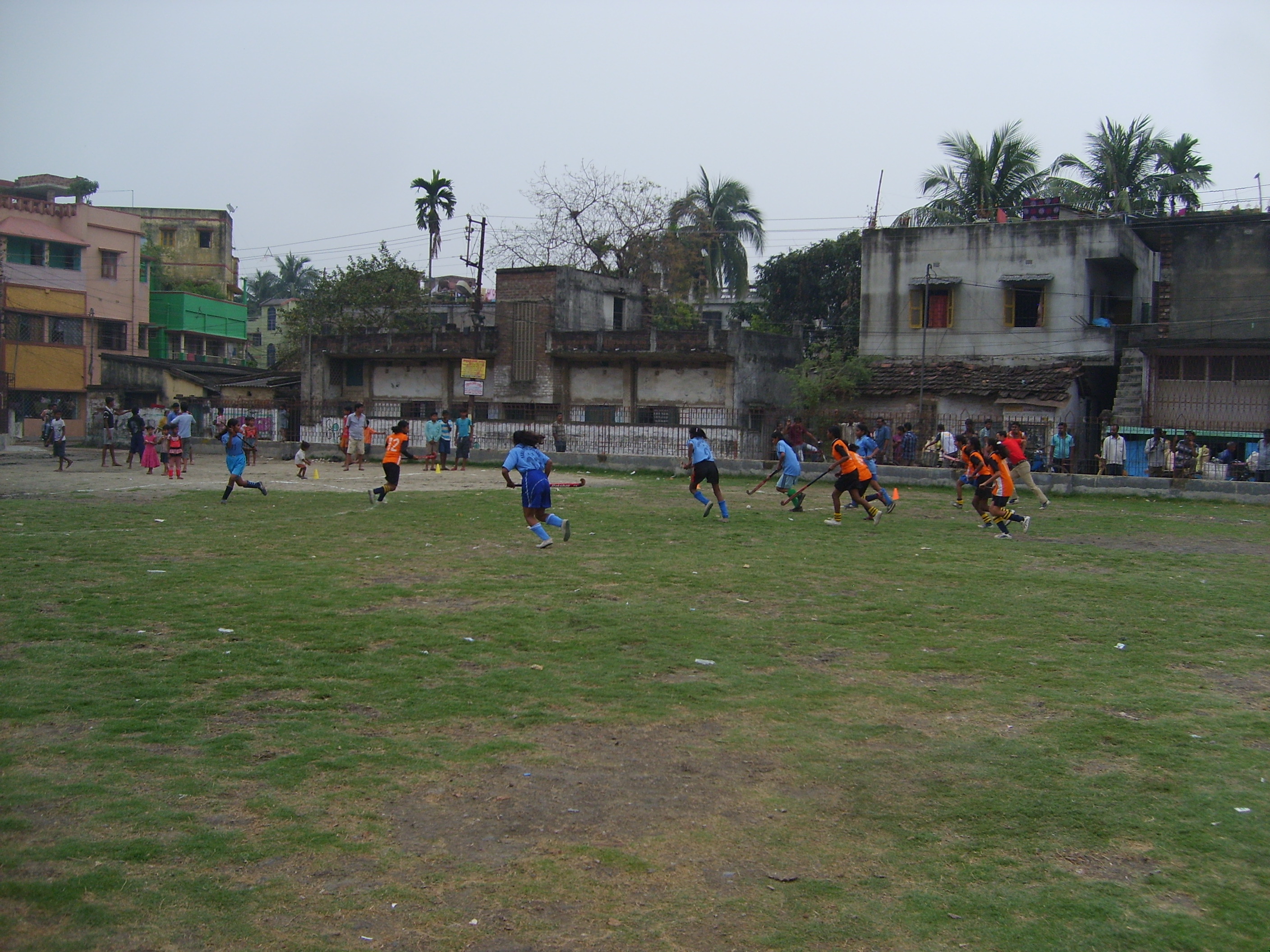 The girls match in progress

The final day of the OTHL 2011 was played after a delay of a week. The earlier scheduled date of 13th February, 2011 had to be postponed due to a political rally. The matches on the 20th were also under a cloud because another rally had been called, this time by the opposition party. The program was further threatened due to a sudden and smart shower in the previous night. However, the overcast sky was a blessing in disguise as the day remained cool and the ground was just dry enough, the dust had settled and the weather was conducive for good hockey.

The first match of the day was between Keshabchandra Brahmananda high School Rishra vs Kanaipur Sriguru High School Boys. The Brahmananda boys started on a no-nonsense manner and pumped in three quick goals in the first half with Rajesh Mallick scoring in the 3rd and the 7th minute. Subhankar Bag scored on the 9th minute (3-0). Rajesh Mallick completed his hattrick in the 14th minute to wrap it up (4-0). Tarun Mallick of Keshabchandra Brahmananda High School and Sambhu Singh of Kanaipur Sriguru high Schools were adjudged the best players from their respective sides. 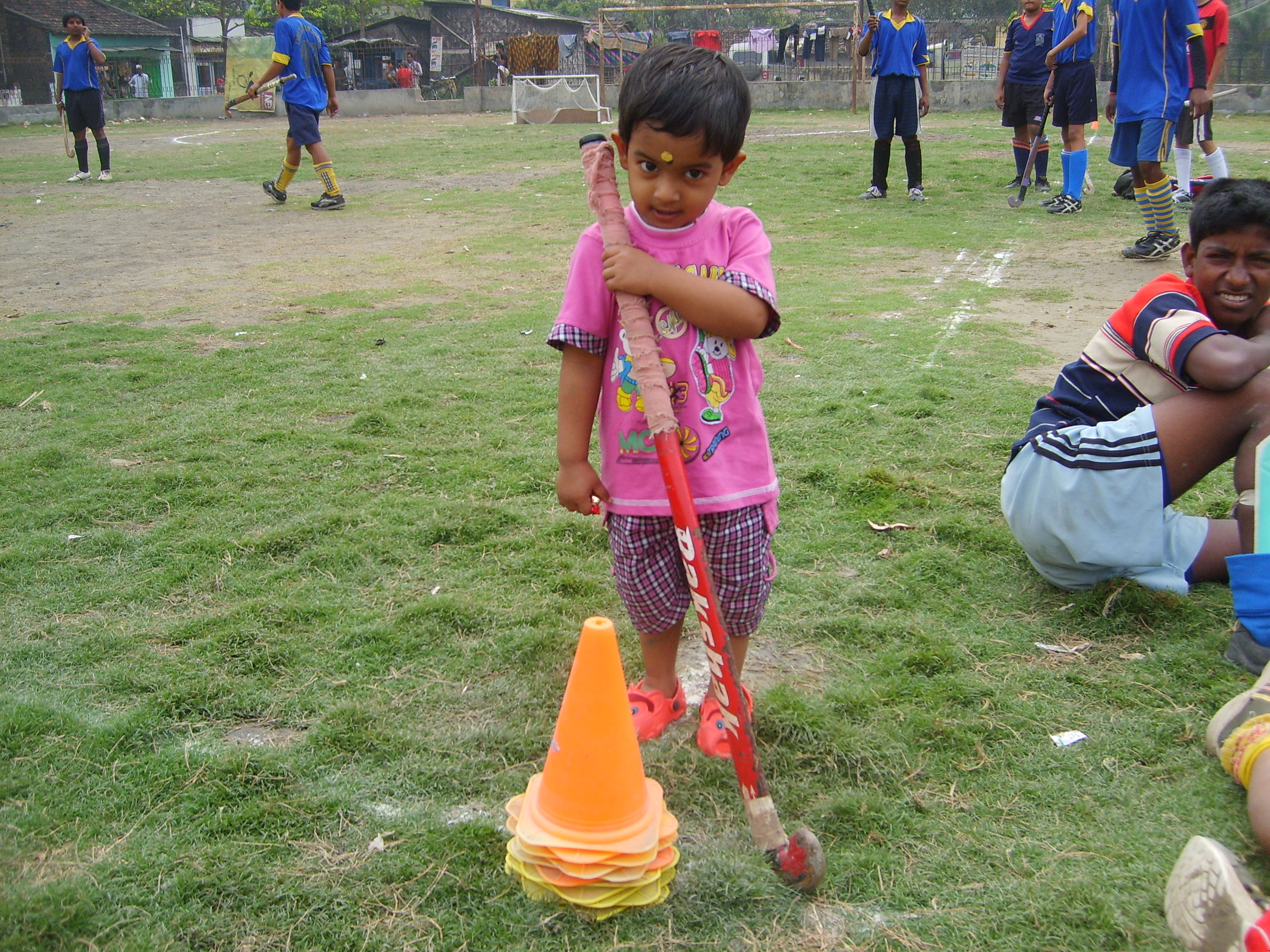 I also want to play Hockey!!

The third match was between Khalsa High School and Kanaipuir Sriguru Boys School. Khalsa went into the lead in the 2nd minute through Taranveer Singh (1-0). Nitish Neopany made it 2-0 in the 5th minute. He struck once again in the 7th minute (3-0). Kanaipur fought back into the game with Moloy Raha scoring in the 9th minute (3-1) and Sambhu Singh in the 12th minute (3-2). However, Khalsa took the match away with Gurpreet Singh and Rahul Singh sounding the board in the 20th minute for a 5-2 win. The Khalsa boys were switching flanks and making back passes and making use of empty spaces in the most modern way. It was a treat to see them play. Nitish Neopany of Khalsa and Upen Pal of Kanaipur Sriguru were adjudged the best players of their team.

The fourth and the last match of the competitive league for boys was the decider, with Brahmananda High School only one point ahead of the Khalsa Boys, who lost it against an unexpected draw with Julien Day School Kalyani. It proved to be a battle of the best teams and showed some real high quality action. Khalsa went into the lead through Gurpreet Singh in the 2nd minute (1-0). Brahmananda equalized through Tarun Mallick (1-1). Khalsa shot into the lead once again the very next minute through Nitish Neopany (2-1). Brahmananda drew parity through Rajesh Mallick in the 17th minute (2-2). They surged into the lead when Subhankar Bag scored in the 18th minute (3-2), which remained the final score till the long whistle. The match thrilled one and all who saw it. Brahmananda were champions beating the Khalsa who are a big name in the Kolkata Hockey scene for over half a century. Overall it must be said that the Khalsa High School were the most sportsman like team, accepting every decision of the umpire and most graciously accepting the unexpected second position. The other schools need to learn this aspect of the game from them. 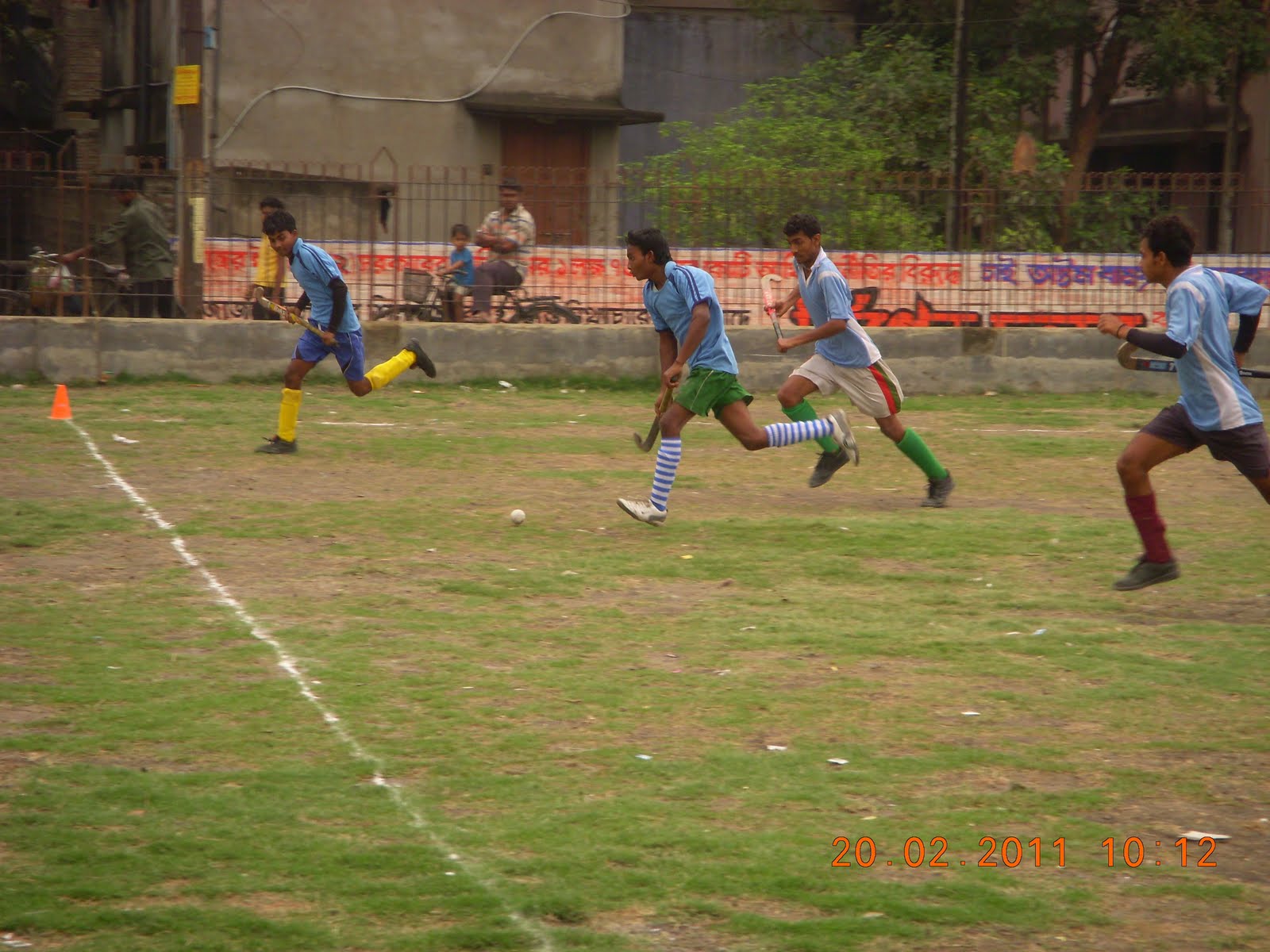 Thereafter came the quiz contest in which the Shanti Sangha Siksha Mandir swept aside all opposition and finished on top while Brahmananda Boys came a close second. The teams were given the individual trophies; Keshabchandra Brahmananda Rishra the champions and Khalsa High School the runners up for boys and Kanaipur Sriguru High School the champions and Shanti Sangha Siksha Mandir the runners up for girls.

The next three matches played in the second half of the day were all exhibition matches.

The first exhibition match was between Dr Shankar Chatterjee’s outfit Soura Niloy Thunderbirds (Blue) (the older team having practically disintegrated) and Khalsa Boys coached by Mr Inderjit Singh, the granddad Hockey Coach of Kolkata, who has coached Baljit Singh Saini, India’s Olympian. The blue Thunderbirds were no match for the Khalsas, being overshadowed in age, skill and training and were beaten 7-0, though they showed evidence of gradual absorption of basic skills. 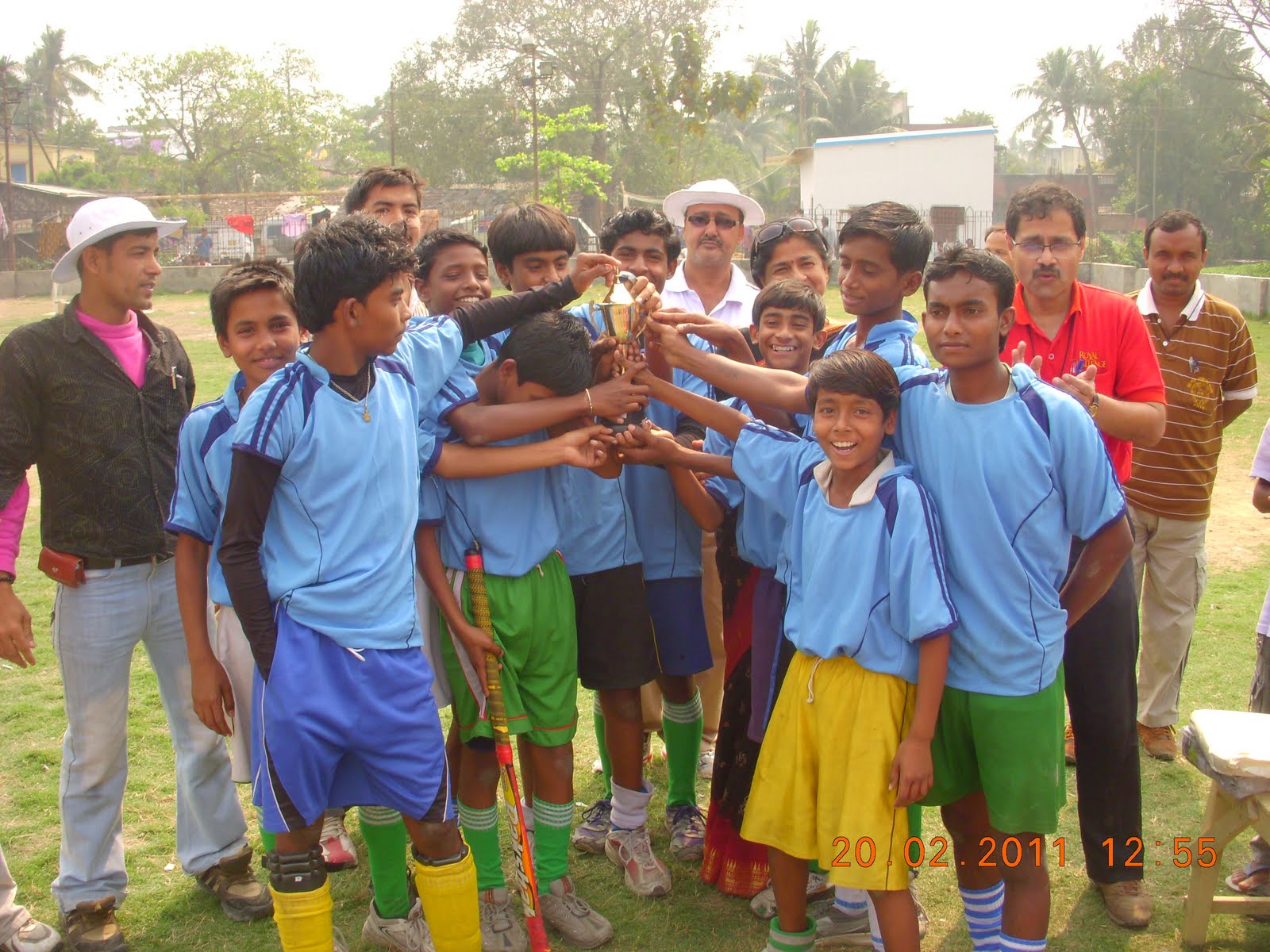 The winners of the league- Brahmananda school boys

The seventh match was between Soura Niloy Thunderbirds (Yellow) and the Khalsa Boys. Thunderbirds yellow proved to a stronger side than their counterparts in Blue and definitely more mobile, though they lost (4-0), age and experience again telling in favour of the Khalsa Boys.