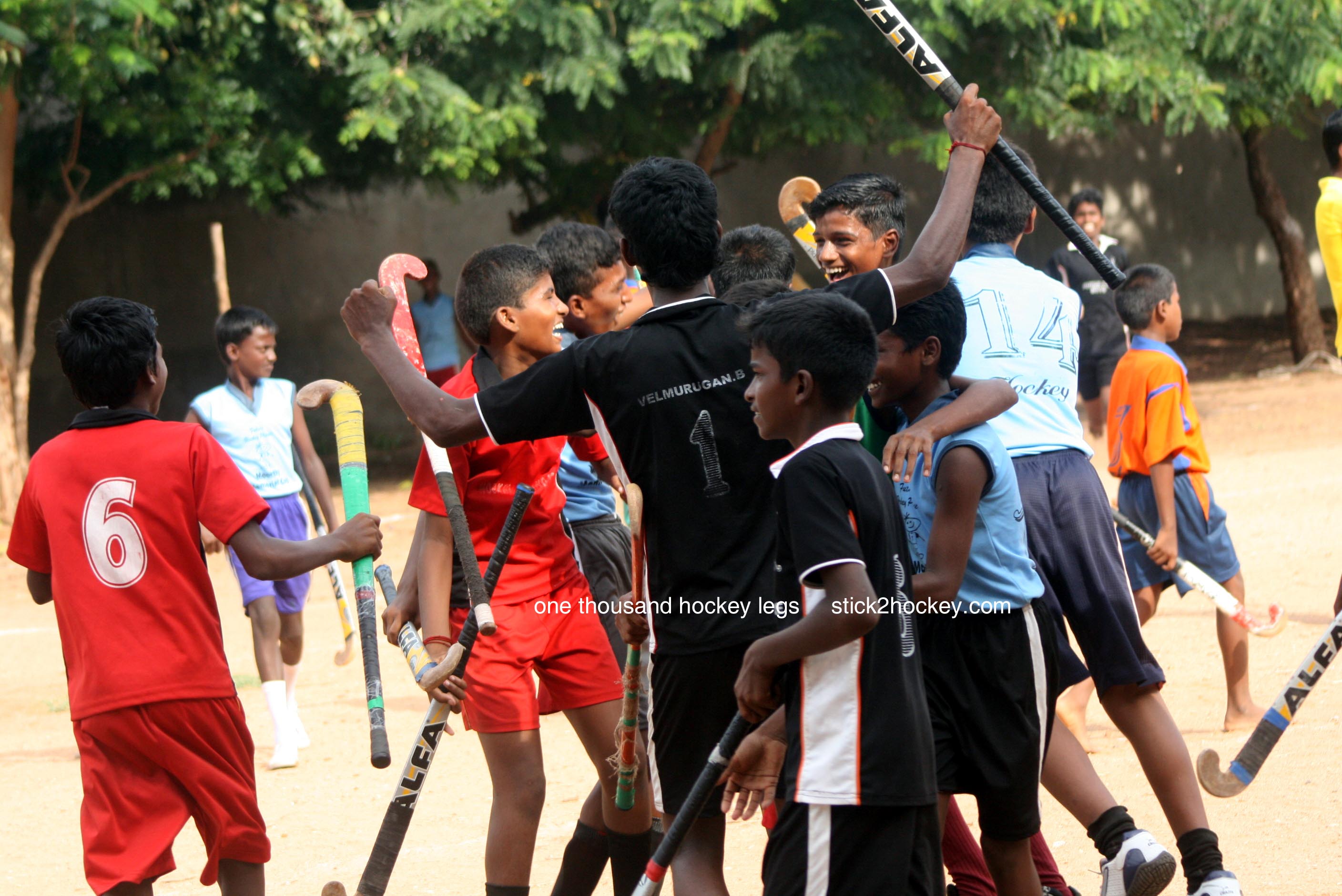 August 2011 was hectic in the down south. Puducherry, oldest OTHL Centre, was reverberating with activity. Eight of the ten schools listed to our program, were invited to participate in what we call the season opener, the August Cup. The ground was generously given by the authorities of Wiseman Hr. Sec. School, Velrampet. 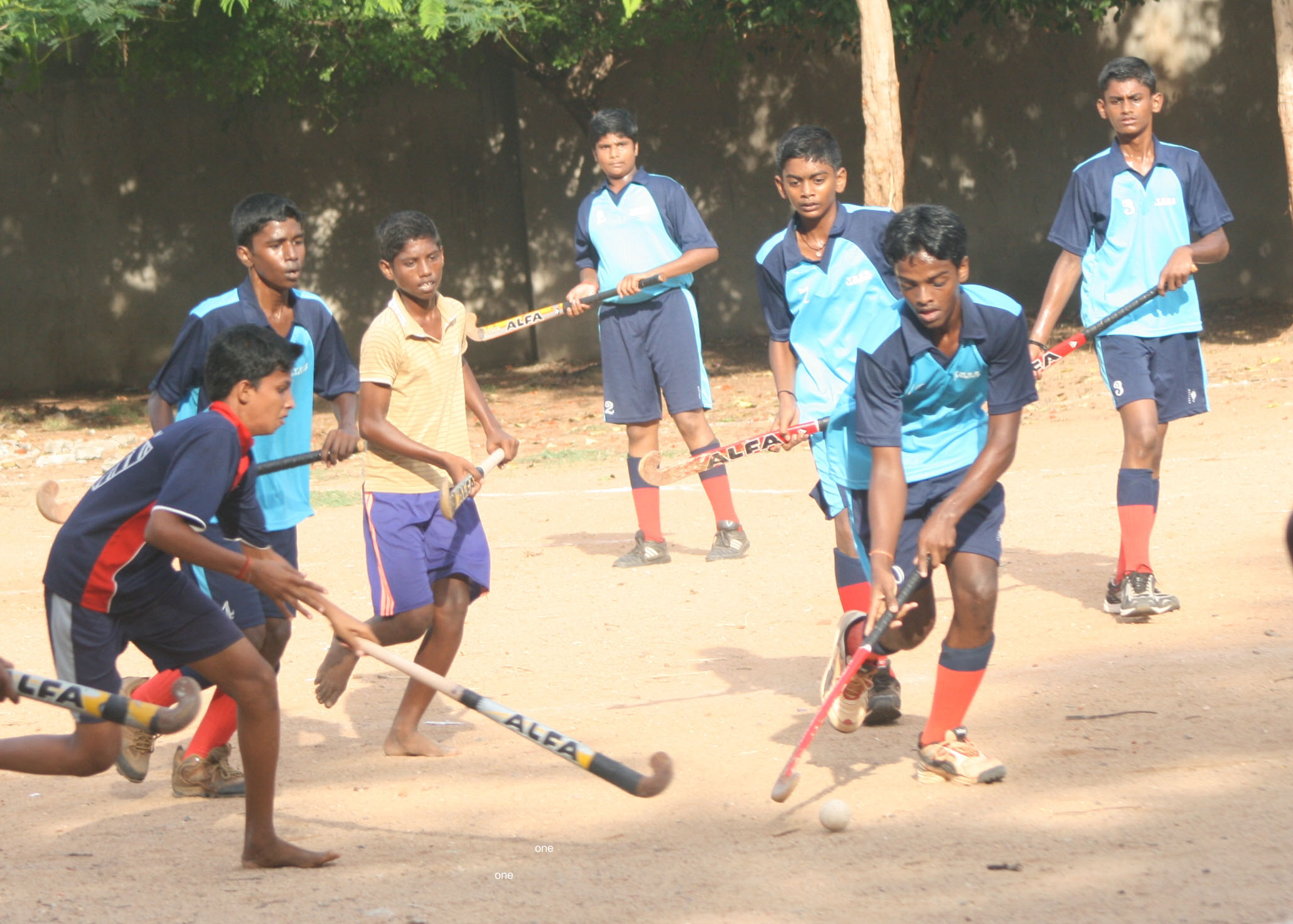 Vivekananda, Lawspet, in contorl of things 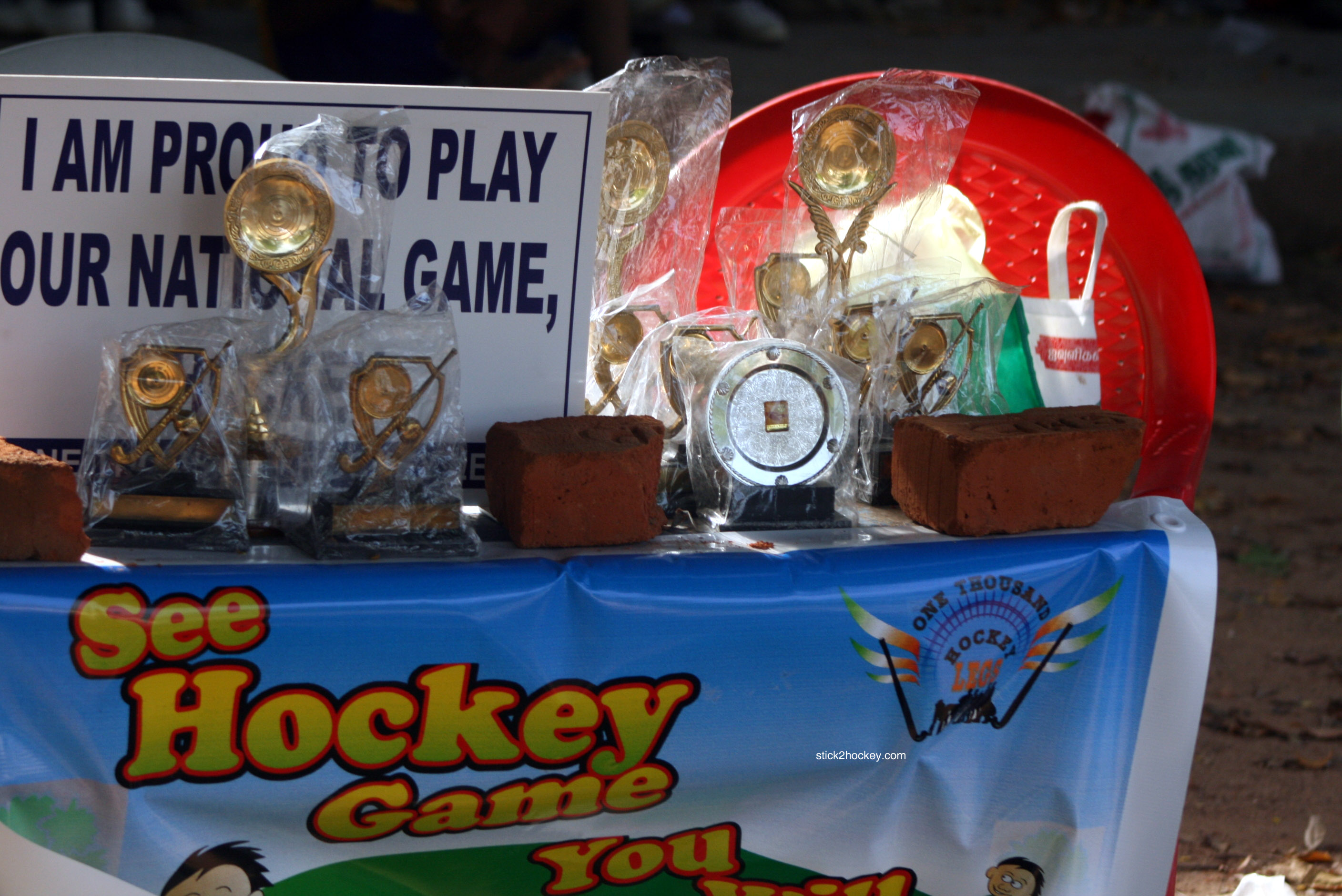 Cups and Souvenirs on display

They played matches on knock-out basis within the pool. The results are as below: 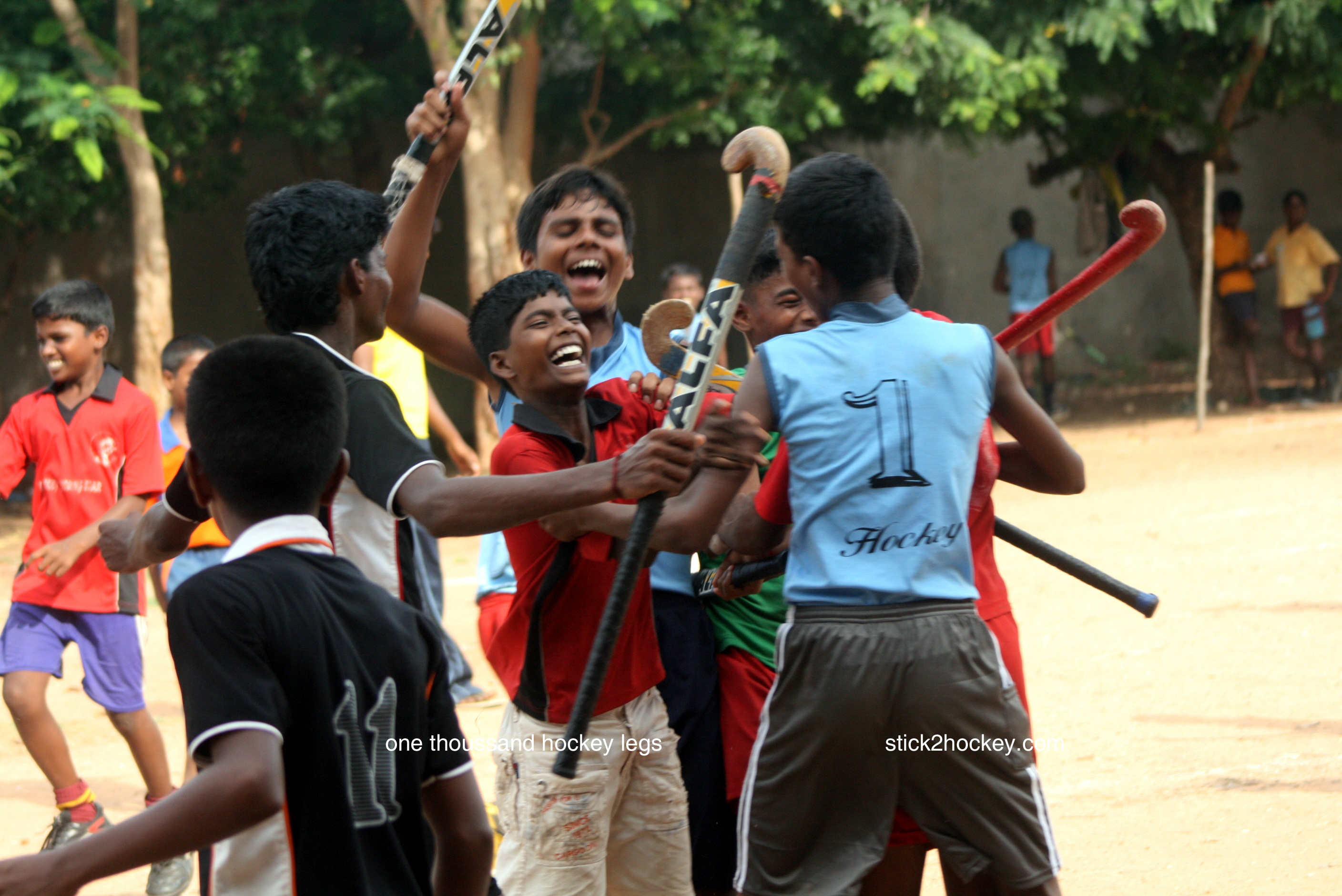 About 110 boys and girls participated in the two-day celebration of hockey. After the match, all were assembled, and the prizes were given away including cash incentive to coaches, umpires and other officials. It was a good and grand Season Opener for Puducherry. Next on the agenda is visit of Puducherry XI to Chennai.

Only the Wiseman's girls team turned up; they were played against a combined young boys team. More efforts are required to firm up and develo girls team in this city.