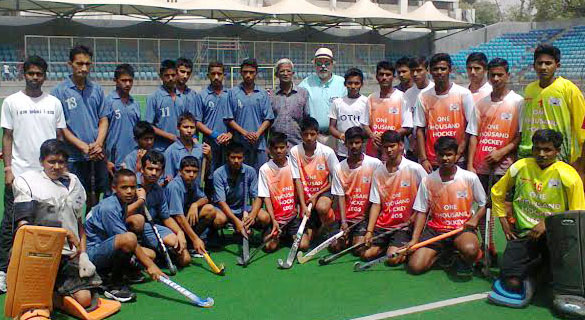 The Second game of the day between GBSSS Saket hold GBSSS Mehrauli in an eventful but 0-0 draw.

Followed was an excellent win for VC Agri School which defeated Citizen XI 5-0, striking bulk of the goal in the first half.

In the last match of the day, Sarvodaya Bal Vidyalaya defeated OTHL XI 4-2 to mark their dominance.

The 8-team event is the idea of Gulu Eziekiel, son of late Prof Joe Eziekiel, and is organized by the Hockey Citizen Group, which runs the universally popular One Thousand Hockey Legs project.