An OTHL  promoted Under-15 school hockey team have made a landmark victory in a State level prestigious tournament this week.

What a Day it was for the schools hockey promotion organization like us. Government Boys Senior Secondary School, Sultanpur (New Delhi)'s  hockey team, which we started 6 years ago, made the OTHL and Delhi hockey fraternity proud. They won their first Pre-Nehru Cup; the importance lies in the history of the competition.

Pre-Nehru Hockey Cup, a Qualifier event, is being organized in each State of India by the respective Education Deptt. The winning State Champion School gets entry for the prestigious Nehru Cup (origin 1964). The various age group Nehru Cup proper is being organized by the Delhi based Jawaharlal Nehru Hockey Tournament Society; is most awaited across age groups for top flight tournament experience. Come Septemrber, people turn their focus on the chain of tournaments (schools, colleges, open etc for both gender) the Society organizes without interruption since 1964.

It has been One Thousand Hockey Legs' dream to win the Delhi edition of the Pre-Nehru Cup and enter the Nehru Cup proper majestically. We tried last 10 years without success (However, we get directly entry on invitation is a different story).  Not making direct entry is a thing of past now. Today, on 4th Septermber, one of One Thousand Hockey Legs schools, Govt. Boys Sr Sec School, Sultanpur, has achieved that exactly. 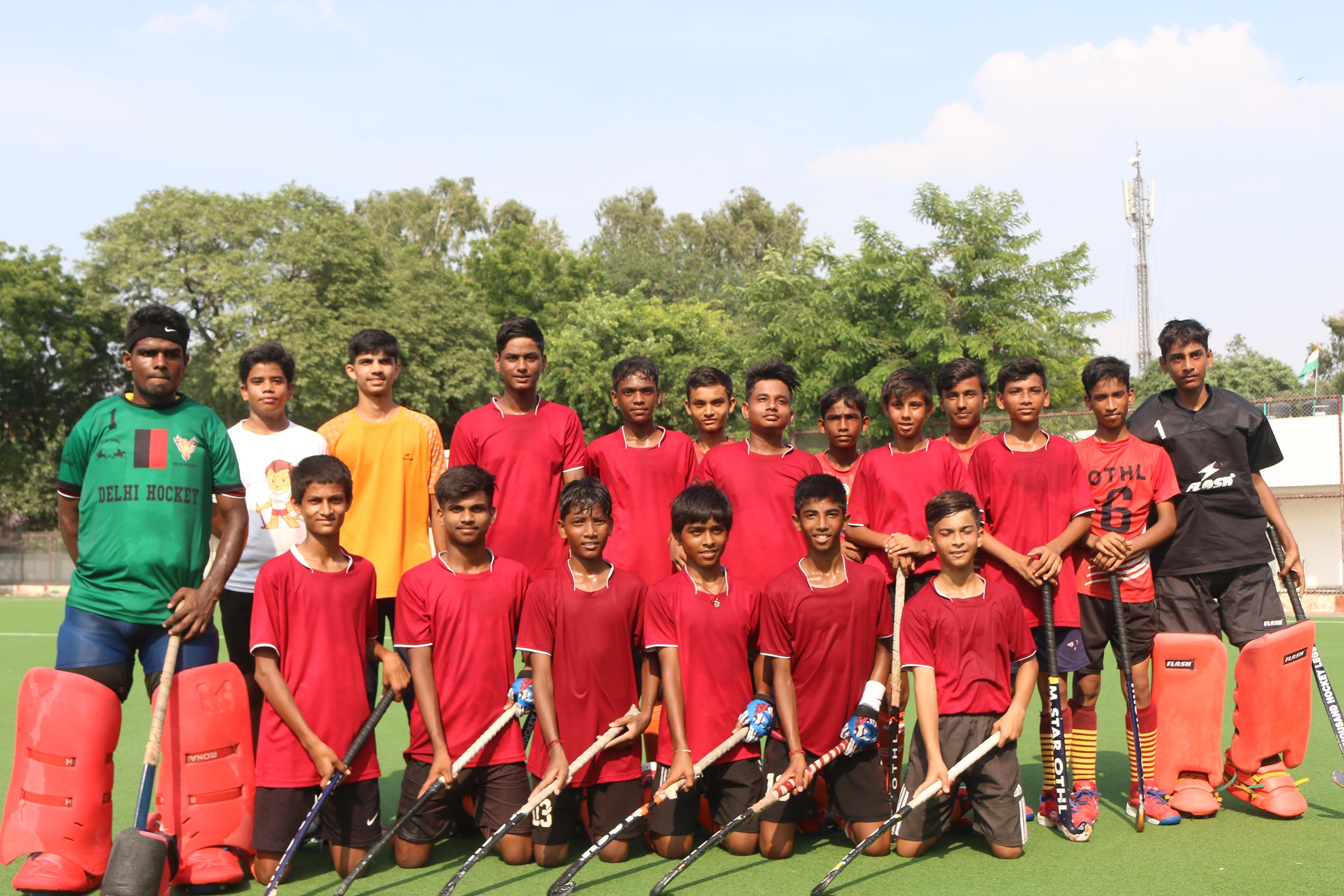 There were 9 teams in the fray, the event went on for 8 days on the newly laid State Govt owned turf ground at Subhas Nagar, New Delhi.  Three participant teams  came from Delhi based Hockey Centres - which has turf ground and dedicated coach. They were traditionally the Champions and were believed to be so this time too. We did not have free turf facility -- we have to pay heft sum each time we book stadium in Delhi - but thanks to Bajaj's support, we could get pay each day Rs.6700 and hire.

Remaining unbeaten in all its matches, the team led by Anil stroll the field like a Colossus. They won their first match 4-1, which was against the host's team! The confident opening did the rest. Then there was a no look back for the boys, who had the benefit of training in distant Faridabad, thanks to our vision. When the turf was closed in Delhi due to COVID 2nd wave, we packed the boys, who were otherwise idling, to nearby Haryana city Faridabad where the sport faciity were open for practice. We took a house on rent in Faridabad and hosted the Sultanpur team. 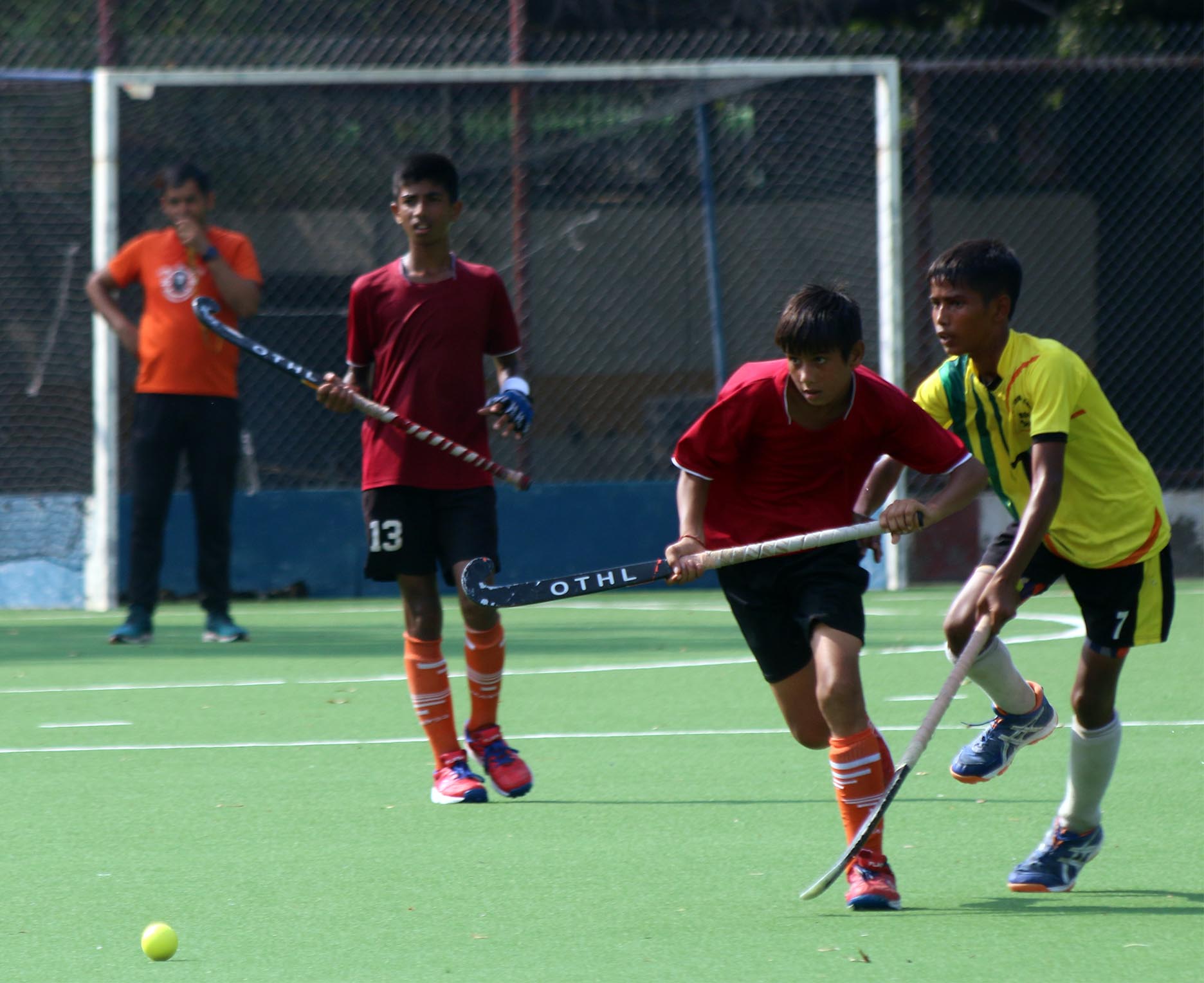 Probably the stint helped them to be on tract in terms of fitness and game skills.

When the last staged came closing, we had encountered some hard issues like improper scheduling. For instant, the semifinals and final were fixed for the same day.  How can these kids manage two high profile matches in a day! We were worried, but did not let the things take it own course. We want to decide our own destiny -- not other things.

We had in our disposal a volunteer-dietician and a paid fitness expert. We sought their advice a day in advance. We followed their prescription on diet and how the process of taking rest and be fit, were scruplously followed.

We won the semifinal against a strong team (SBV Bhagner) 3-2. The final was a cakewalk thanks to the vital input we got from dietician and fitness expert. Sultanpur boys were so superb in the opening quarter that they struck three goals in the first ten minutes, the first one coming in just within three minutes. They were simply unstoppable in their fighting spirit and used every means -- penalty corners and field manoeuvres -- to enhance the lead to 5-1, and winning the title.

The team they beat was from Jilmil hockey centre, which has a devoted coach, blessed with full time turf availability. Sultanpur boys in fact have beaten a semi-professional side, to put it easily! This made our victory even more sweeter. 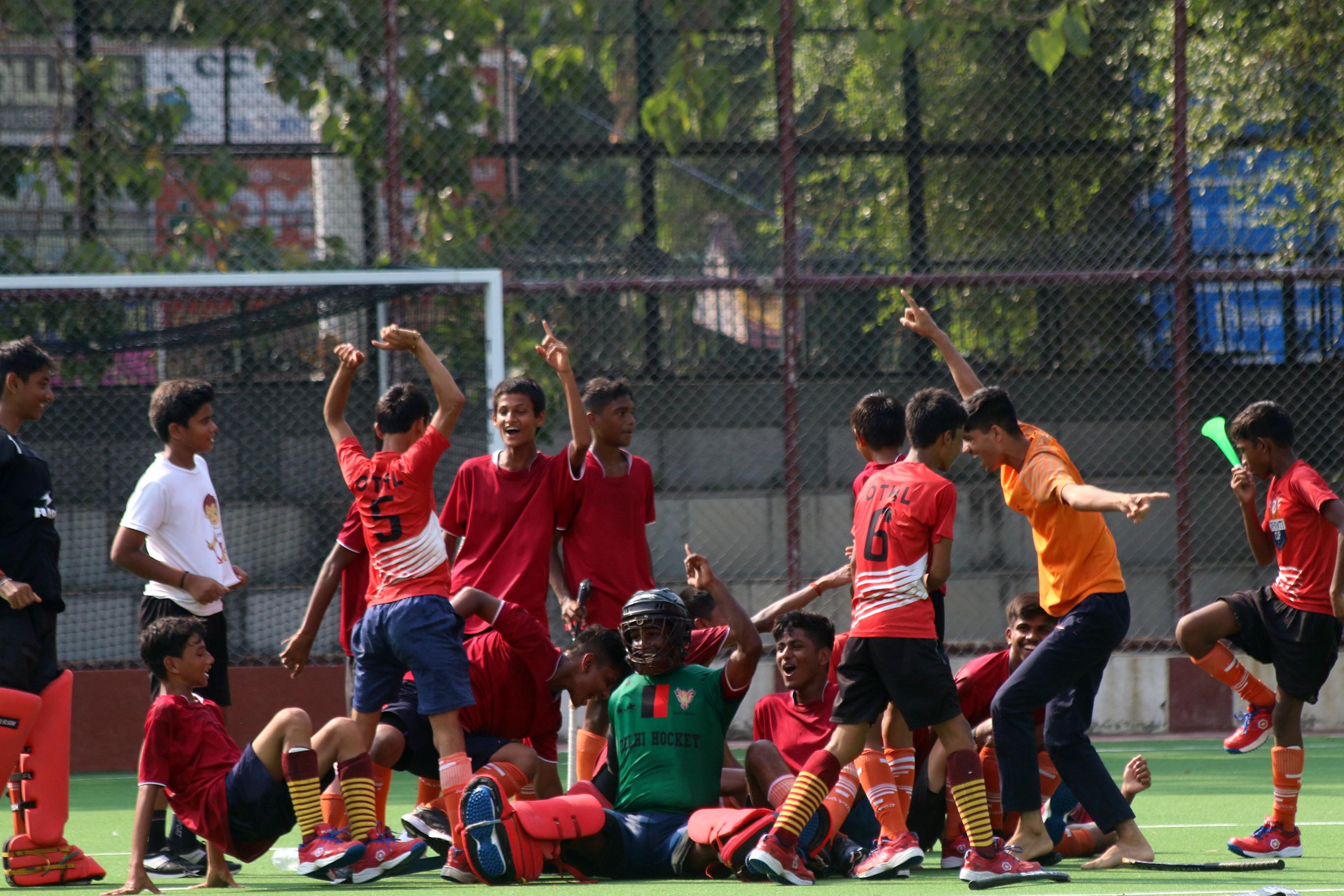 Goalkeeper Vaibhav is 'mounted' after the title win

We have been providing constant fitness process and competition exposure. For instant, at least six of the boys from the Sultanpur team had played in their age group Hockey India Academy Nationals this year, and before that Jayanti Cup, OTH Cup, OTHL Weekend League and Education Zone event. These non-stop steps keep the players in drim contion and battle ready.

The process therefore is the mantra on which the pathbreaking Pre-Nehru Cup was achieved. Our belief that we need to focus on the process and the result will be natural corollary. This is the leasson we drew from the Pre-Nehru Cup success. 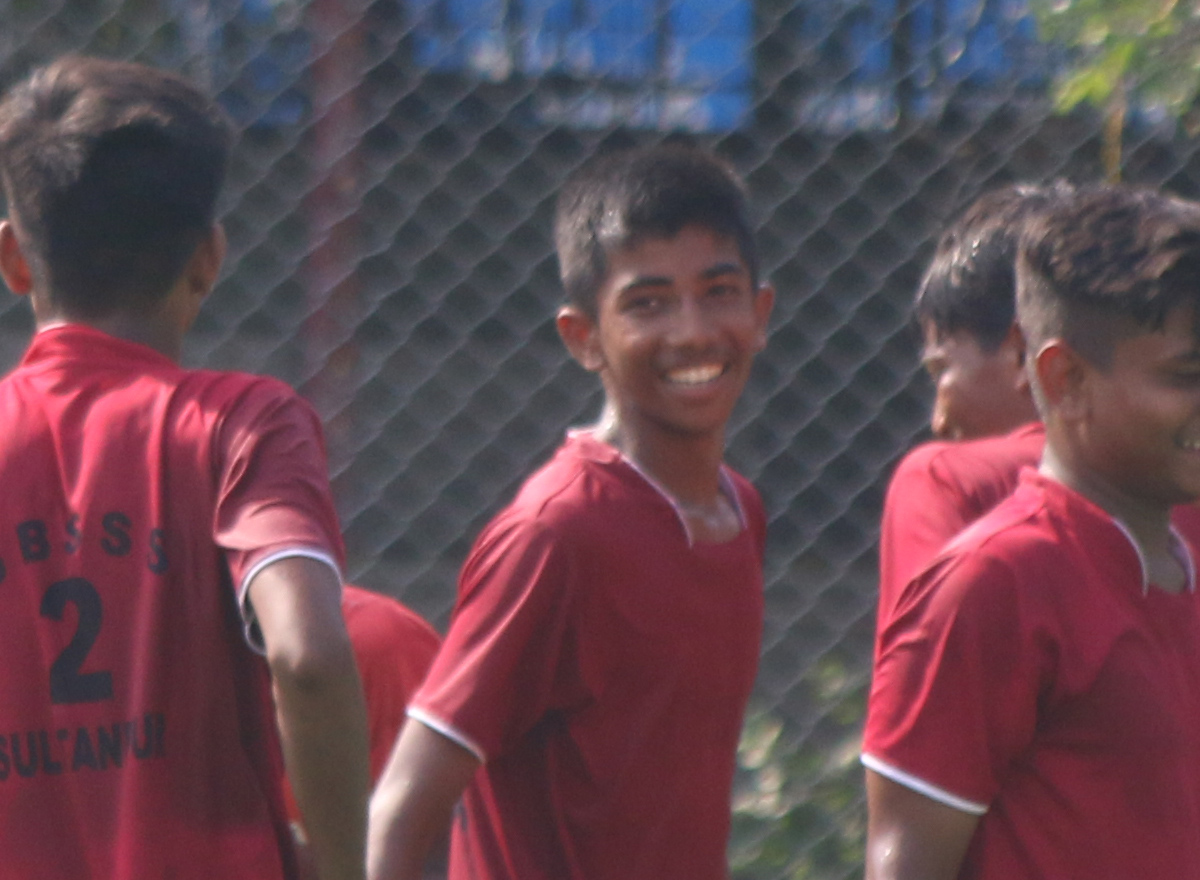 Anil, the kingpin of the Sultanpur team

Special mention must be made on some players who showcased their skills in such a way that the team remained unbeaten, and from the day one it was a foregone conclusion as the who will be the winning team, that is, Sultanpur.

Anil, a KDHPS holder, led the side ably. He was the trump, being a midfield maestro, penalty corner expert and solid in defence too. Goalkeeper Vaibha broutght out some outstanding stops, especilly in the semis. No surprise therefore the boys ran towards his to make a success mount once the final whistle was blown.

Though every department did well, special mention must be made for goalkeeper Vaibhav, who recently played for Delhi State in the Hockey India Subjunior National Championship in Goa. His show was brilliant in the semifinal and in the final. No doubt therefore the moment hooter was heard, the entire team rushed towards him for celebration and made the 'mount' on him.

Equally priaseworthy is the role played by the all rounder Anil, who led the side, anchored the midfield, struck goals through penalty corners, and intercepted effectively to render the entire battery of rival forwards.....

Skills being imparted towards empowering our girl-players