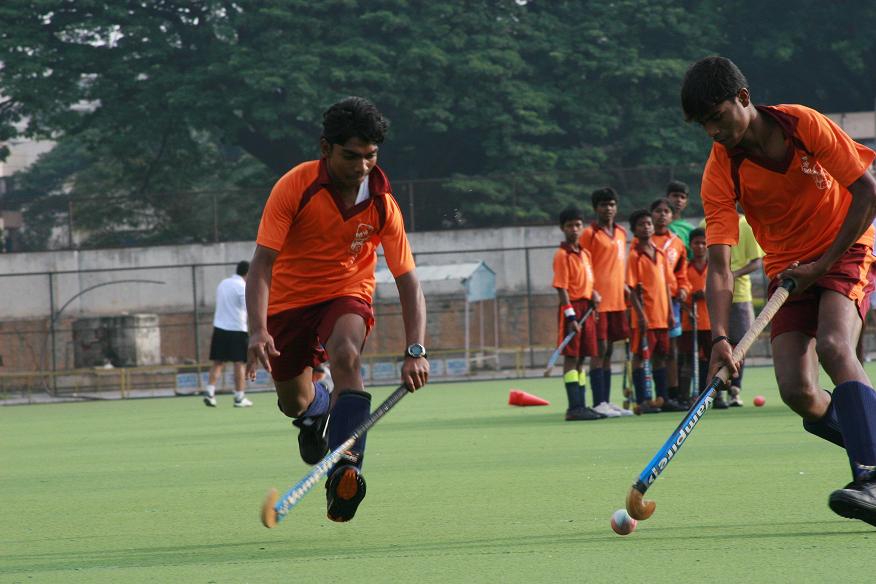 The picture has Arun on the left and Prasanna on the right.

Two hockey students are set to go Puducherry to be part of the summer camp for the OTHL band.

Arun and Prasanna are still young hockey players. The duo from Bangalore will be in Puducherry on Saturday and Sunday and will do their bit in the hockey summer camp being organized by the Hockey Citizen Group. Arun and Prasanna are students at Ananya Trust, Bangalore, an alternative style educational residential school for the under-privileged.
Its first first time Arun will be going to another city to partake hockey business. He will coach Puducherry kids some game skills such as Passing/Running fast/Looking and passing/ Passing each other/how to dribble fast. He is really worried about whether he can do it good or not since it is his first time. He also has his school examinations days before he will go for the Puducherry camp. He is bit tense, but under control.
He plays in Division C for Dhanraj Ballal Hockey Academy,.
He dreams to be an Indian Hockey player. The wingers favourite player is, who else, Dhanraj Pillay and he considers Bharat Chetri as his favourite Goalkeeper. 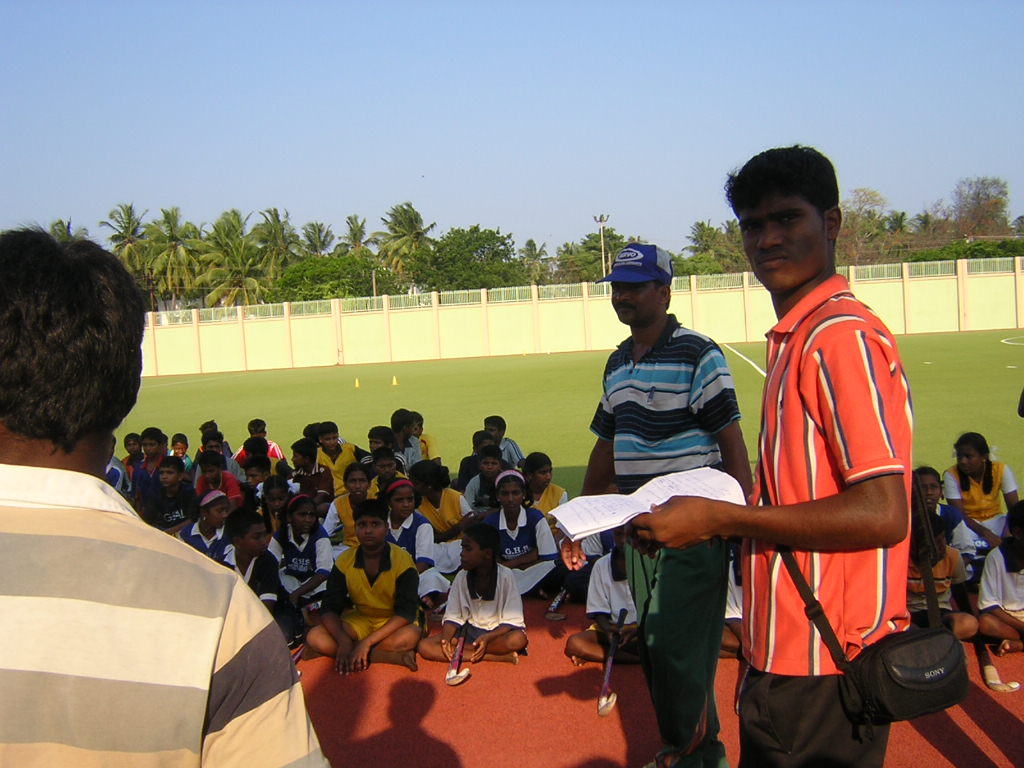 Prasanna at the presentation ceremony

Prasanna on the other hand likes Dilip Tirkey very much. The half back also plays in the Division C for Dhanraj Ballal Hockey Academy. Like Arun he too wants to play for the country. At Puducherry he will be good at teaching basics -- passing, hitting, dribbling.
Prasanna says, ìIf children there perform well, I will teach moreî. Mature mind from an youngster. Prasanna is is of course a bit scared as sometimes children are very skilled. He is expectedly excited about the camp. Prasanna is a language freak it looks. He knows Kannada, Tamil, Telugu and English.