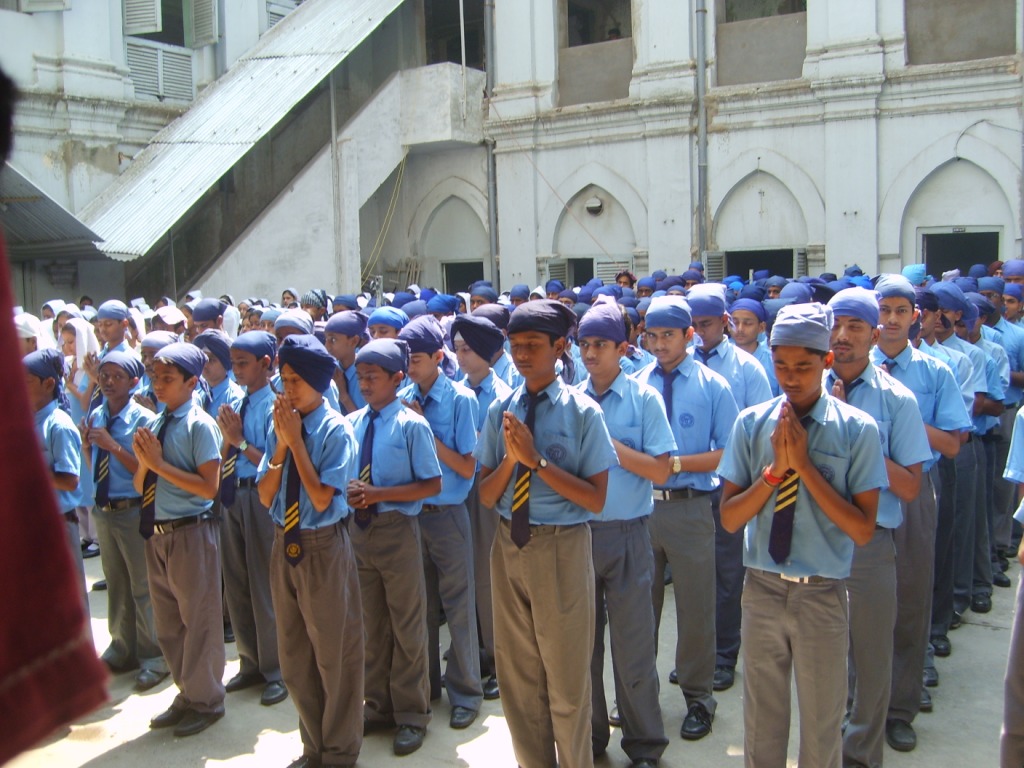 The assembly at the Khalsa High School, Bhowanipore, Kolkata

OTHL kicks off in Kolkata - Day 2

Owing to my professional commitments, the Day 2 (27th Oct ’09)started a bit late for us. It was almost noon by the time we reached Khalsa High School Bhowanipore.

This school had a reputation of playing hockey in the past but at present there is a paucity of regular players in the age group (standards 6-9) and the School was eager to join our programme. Moreover, despite having a sizable number of girls in the school, none of the girls have ever played hockey, which was contrary to our expectations.

Ms Parminder Kaur Rao, Principal and Mr Gurcharan Singh, ex-national player, coach and umpire having a long association with the State Hockey Association and Physical Education Teacher are the main motivating forces for revitalizing the Hockey programme in the school.

We were ushered into the school courtyard where the school assembly was already in progress. A lady read passages from the Guru Granth Sahib over the public address system and the assembly stood in rapt attention, heads covered.

Thereafter Ms Parminder Kaur Rao introduced the two of us to the assembly.

We made a short address explaining the objectives of our mission. 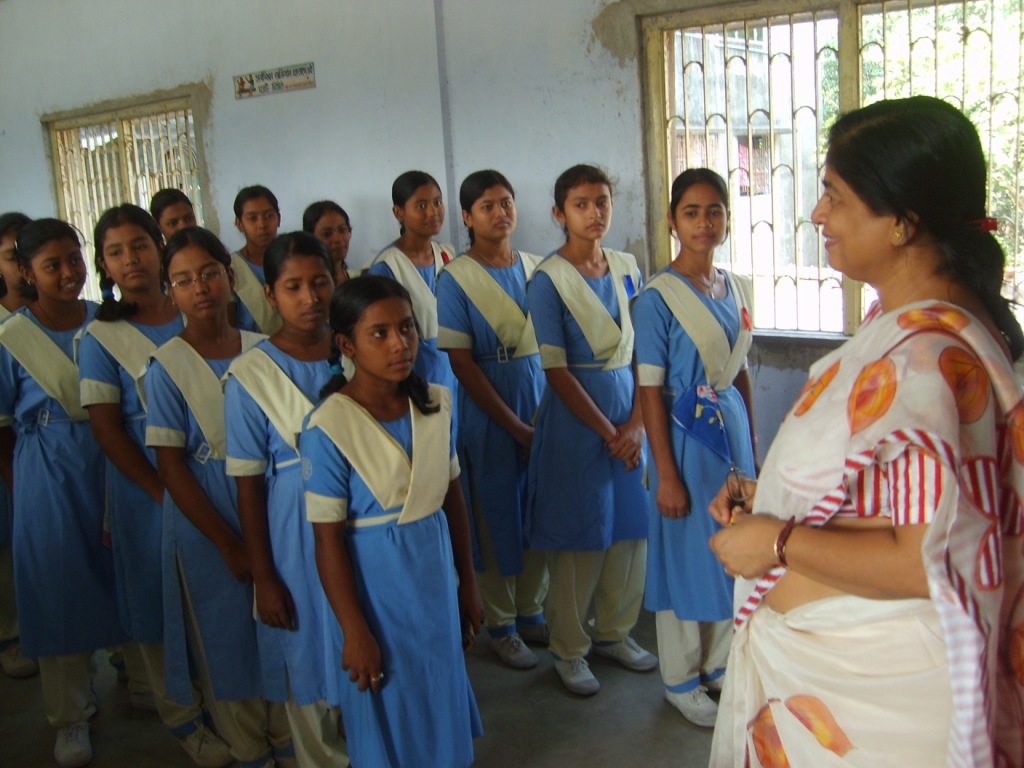 Mr Arumgam made some further clarifications about the necessity of knowledge about hockey in India; it’s past and present. This was followed by the ceremonial presentation of the OTHL hockey sticks to the Principal and the students. I felt privileged when this honour was given to me.

Next we had the customary cup of tea at the Principal’s office, where we made a request to include girls into the Hockey programme. Mr Gurcharan Singh narrated us the past achievements of the school in Hockey.

Soon after, we reached Shanti Sangha School in Behala. The Principal, Ms Tinku Chakraborty, ever positive minded, progressive, with a disarming smile never deserting her countenance at the worst of times, welcomed us. 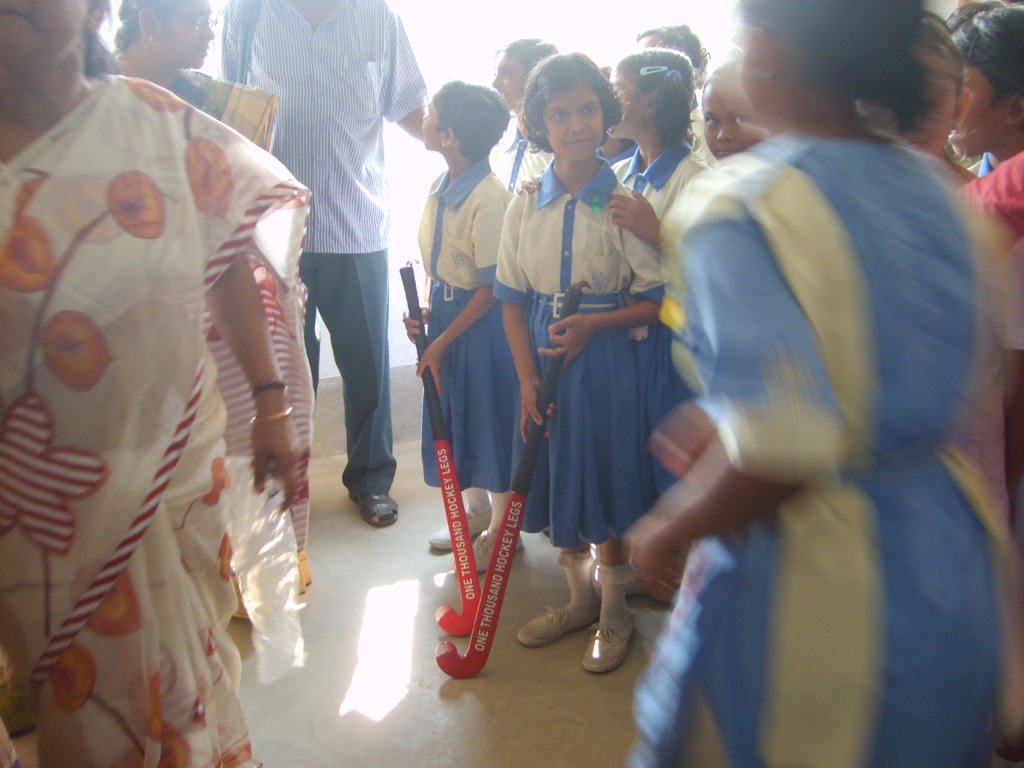 Though it was too late for an assembly, she had arranged for the assembly to be held only after we arrived, an indicator of the eagerness of the School towards our programme. I spoke on our programme, and dwelt a little on India’s glorious past in Hockey.

Mr Arumgam told them the amazing life story of Surinder Kaur, the center forward Captain of the Indian eves team. Thereafter I made the ceremonial presentation of the Hockey Sticks and balls to the Principal, the Physical Education teacher Ms Sudha Jotdar.
The schoolgirls happily posed with the sticks and balls on our cameras.

Ms Chakraborty has an enthusiastic staff in Ms Sudha Jotdar , Ms Soma Chatterjee and Mr Gopal Hazra ( a genuine hockey lover, he is frequently to be found whenever Behala Sports Association takes the field during its Hockey matches) who are eager to carry the programme forward. 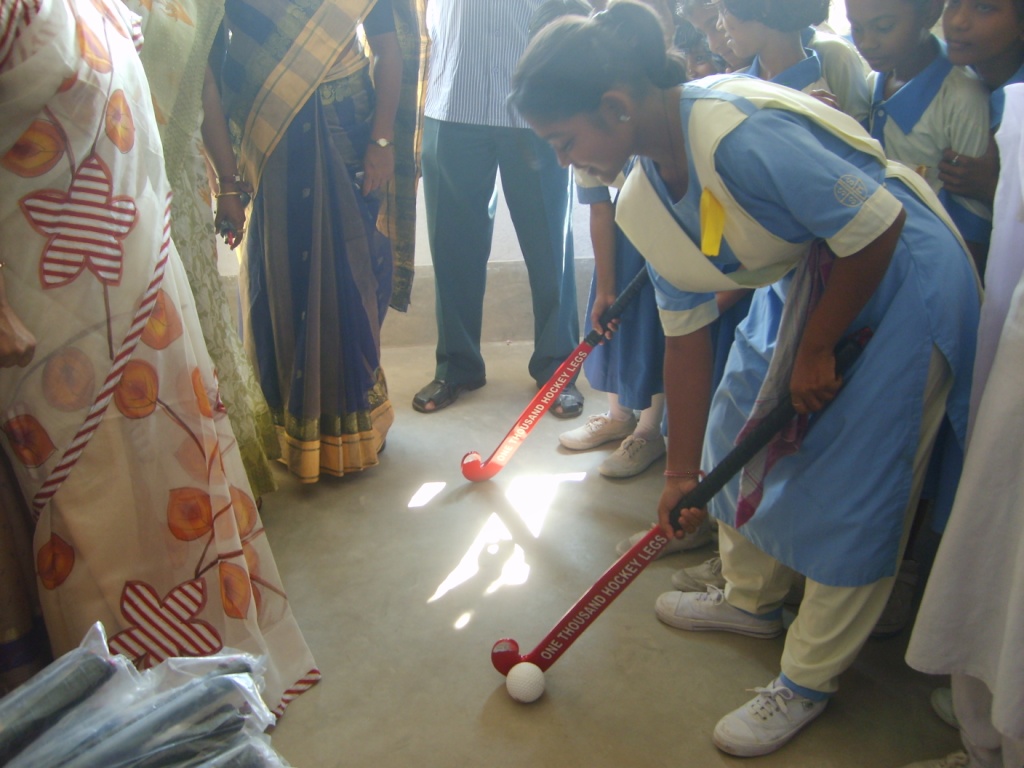 "I will show you how to do Indian dribble"

We missed the presence of Mr. Bijon Kahali, well known social worker and hockey enthusiast at whose behest we had taken the programme to the school.

This marked the closure of 2 day programme kick-start programme of One Thousand Hockey Legs in Kolkata.It has taken off in a promising note.

Brahmananda School and Kanai Sriguru High School, both in Konnagar, Kolkata outskirts were both closed because of Jagadhatri Puja and the official inauguration of OTHL could not be timed in this 2 day programme.