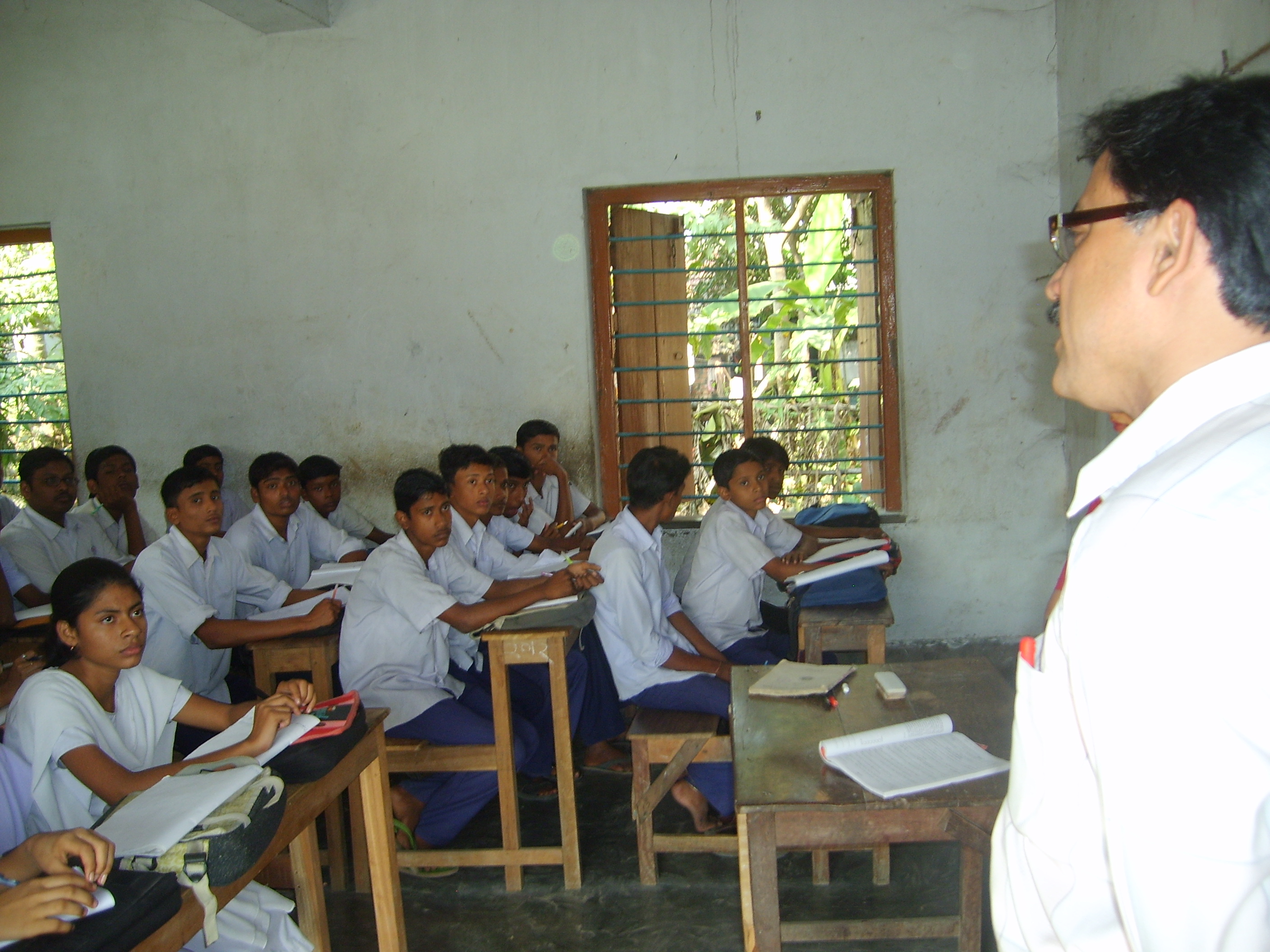 The end of the begining

This time, on 1st Dec ’09, the OTHL team headed for Hooghly district, Kolkata. The schools in focus were Kanaipur Sri Guru High School and the Brahmananda High School at Rishra, near Konnagar.
The plan was to deliver the first and the main consignment of Hockey equipment for the two Schools as part of the OTHL programme.

After a lot of tussles in the traffic, I lost a lot of valuable time and was finally make it to the 1st school at 1145 - Kanaipur Sriguru High School 11-45. The assembly was over and classes had begun. Unfortunately Mr Amaresh Sarkar, the sports’ teacher who was instrumental in getting us the School in the Programme had also left, as he had to attend a sports meet. 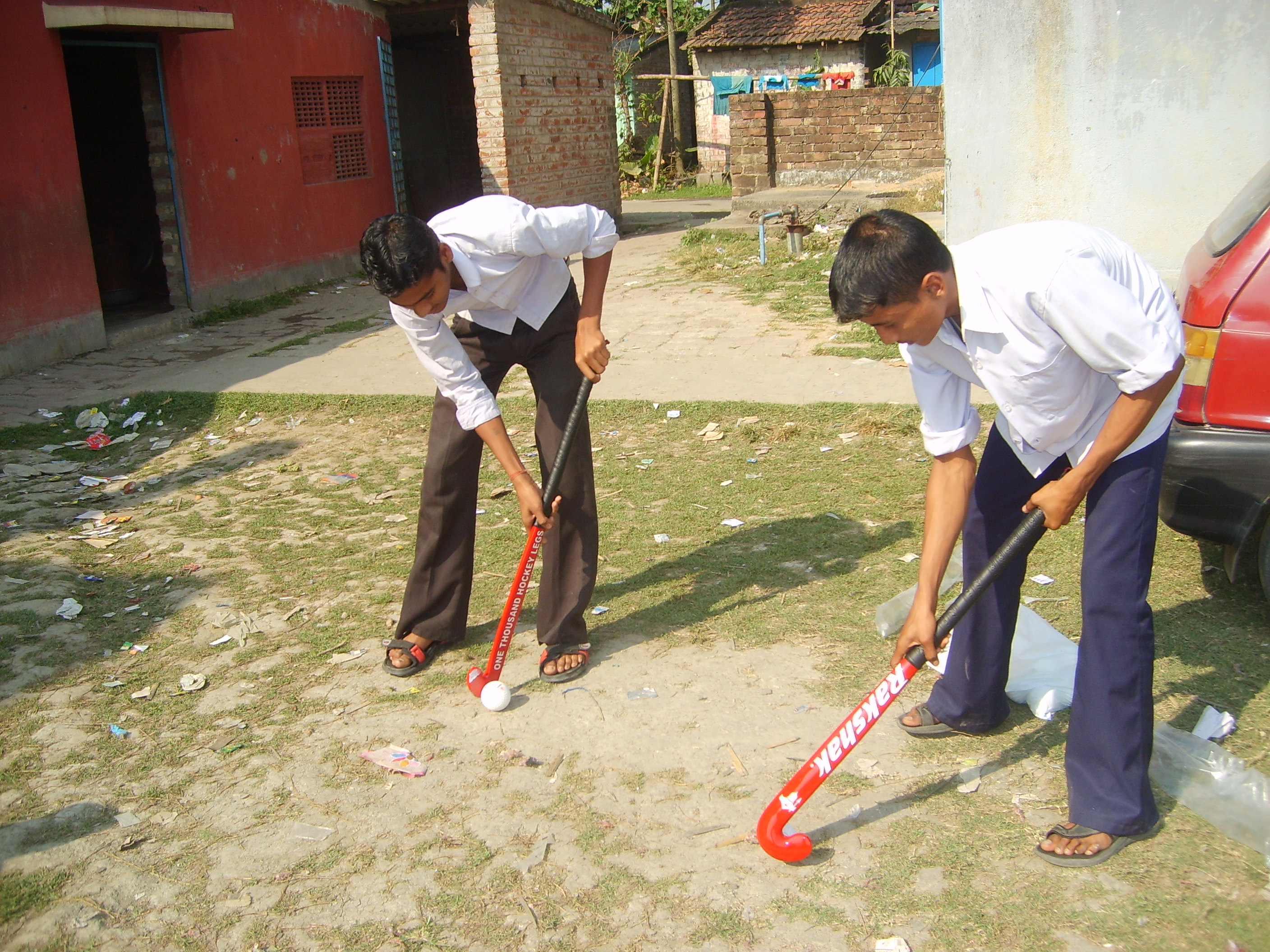 I spoke to the Principal Mr Partha Sarathi Banik, who wasn’t present when we had first visited the School during our initial campaign in February ’09 and had to explain him the programme all over again. He took me to the 7th, 8th and 9th standards where I separately addressed the pupils, the target group of our programme before handing over the Hockey equipment to the School. Two enthusiastic students had themselves photographed doing the Indian dribble and then posing on both sides of the Principal. 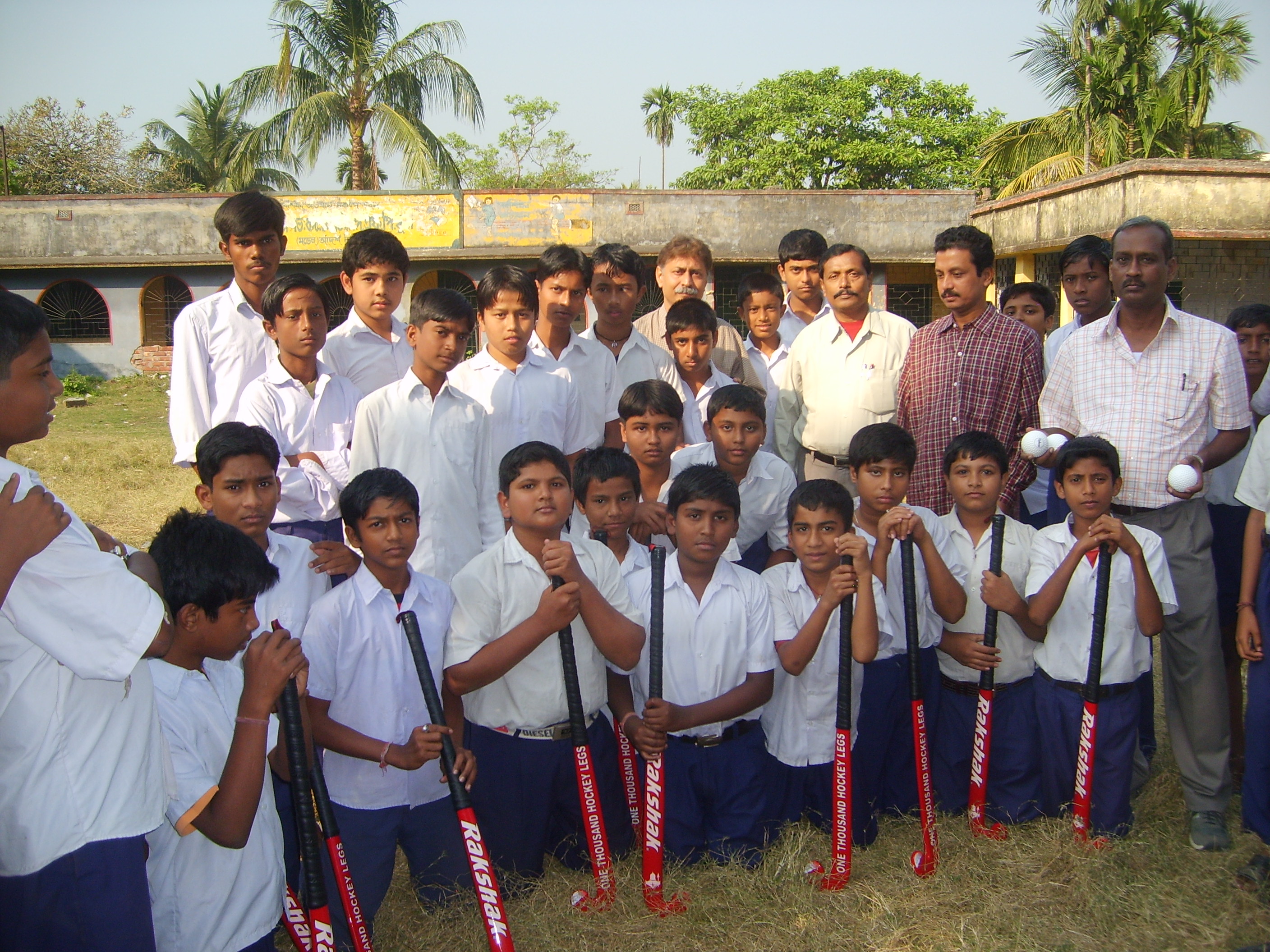 Students of the Brahmananda High School with their Principal and

This was followed by a visit to Brahmananda High School. Principal Mr Anirban Neogi, who is a picture of friendliness and cooperation had the eagerness for starting the OTHL Programme written all over him. I spoke to the schoolboys of the 7th, 8th and the 9th standards initiating the discussion by asking them the names of the Indian Cricket team captain and the Indian Hockey team Captain. No prizes for guessing which question they could answer as a knee jerk reaction. 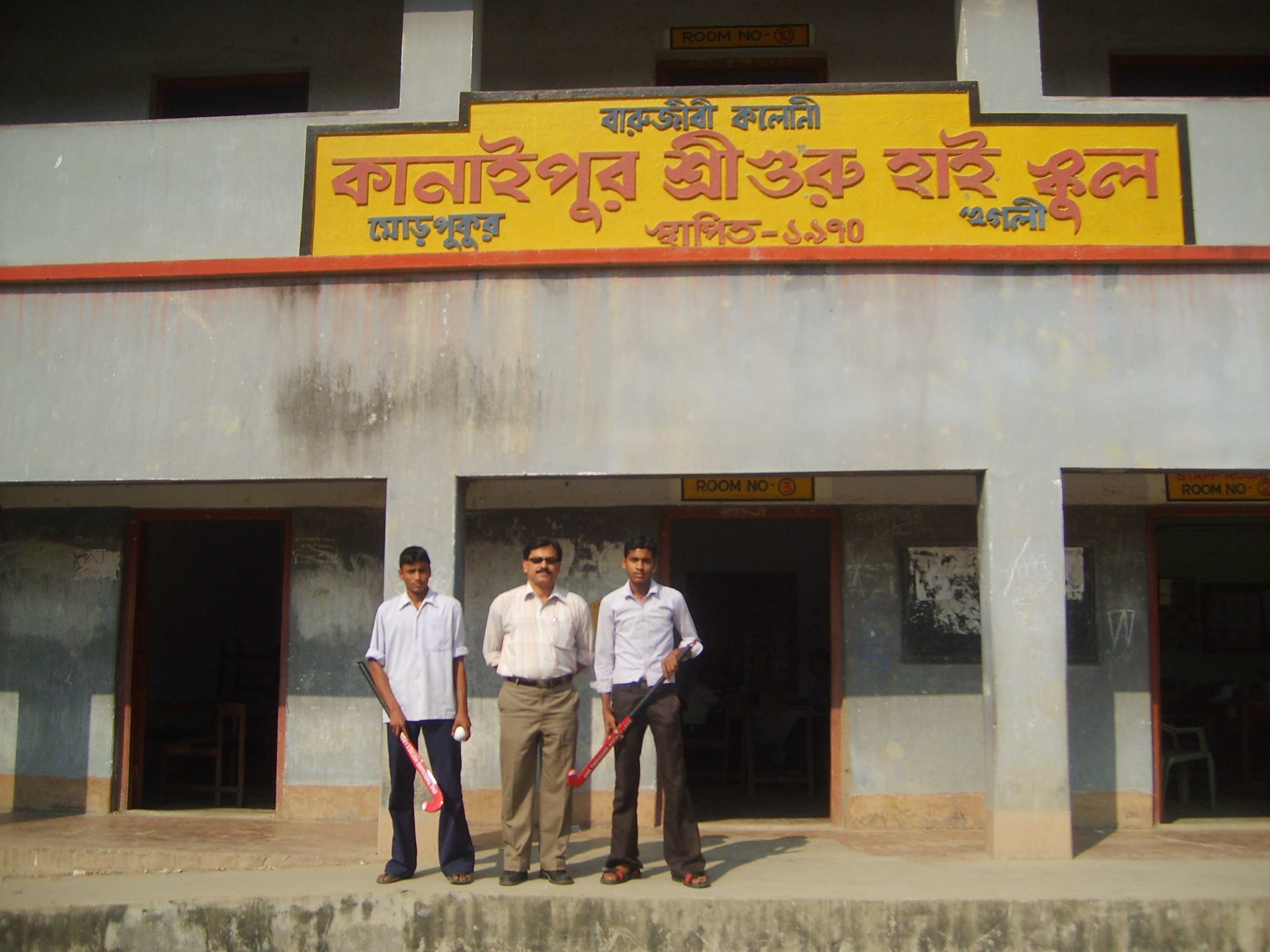 We draw the curtain of charity over the scene after the second question. The students posed with the Hockey Sticks themselves and as well as their Principal and other teachers.
The day had ended well and to my satisfaction although it had begun on a discouraging note. As the day closed, I headed back with the prayer to live to see the day when well intended work could be done in schedule in my home state.