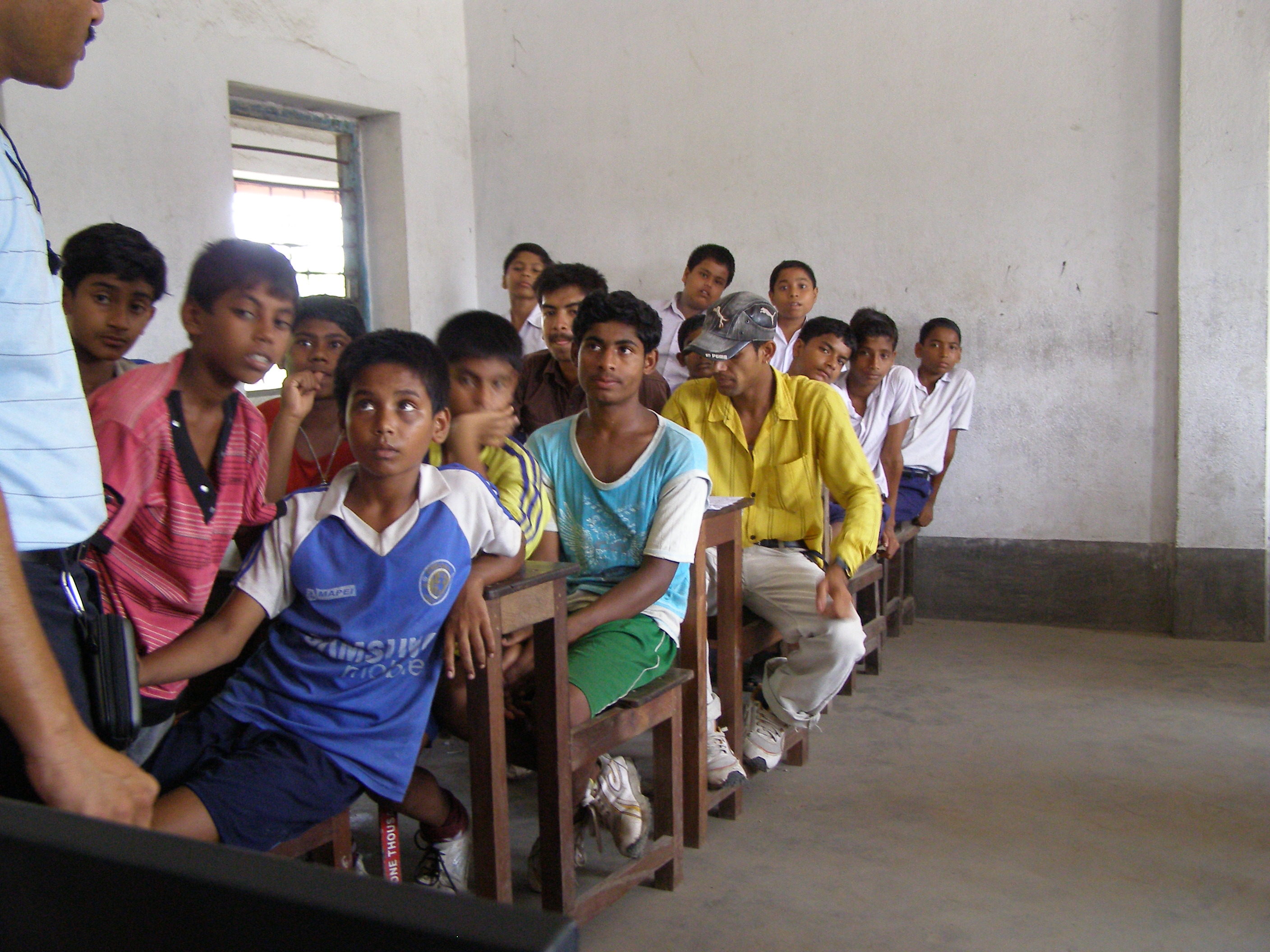 Quiz in progress at Brahamananda School

What a day it was? Anyone who feels or thinks Hockey is dying in this country and there is no enthusiasm left for it anymore should have accompanied the OTHL Team (Dr. S K Chatterjee and Shashank Gupta) today in Kolkata.

The OTHL day started with a long drive to Hooghly. The Kanaipur School and Rishra Brahamananda School children were waiting for us and within the few minutes, after the match sheets were filled, action began.

We got to know that Brahamananda school has been playing Hockey very aggressively and has been preparing for this Kolkata League Festival for quite some time. Although Kanaipur school went up 1-0 in the 7th minute but it didn’t take long for Brahamananda School to bounce back with an equalizer in the 11th min. With a 6 a side match, with rolling substitutions, the play resumed after the lemon break after 20m. Brahamananda was quick on the flanks and were 2-1 up very soon. A rough tackle from Kanaipur school earned them a yellow card as well. The match ended with Brahamananda School finishing 2-1 and earning a cash reward of Rs. 700. The runners-up for the match, Kanaipur School, got Rs. 200 award. 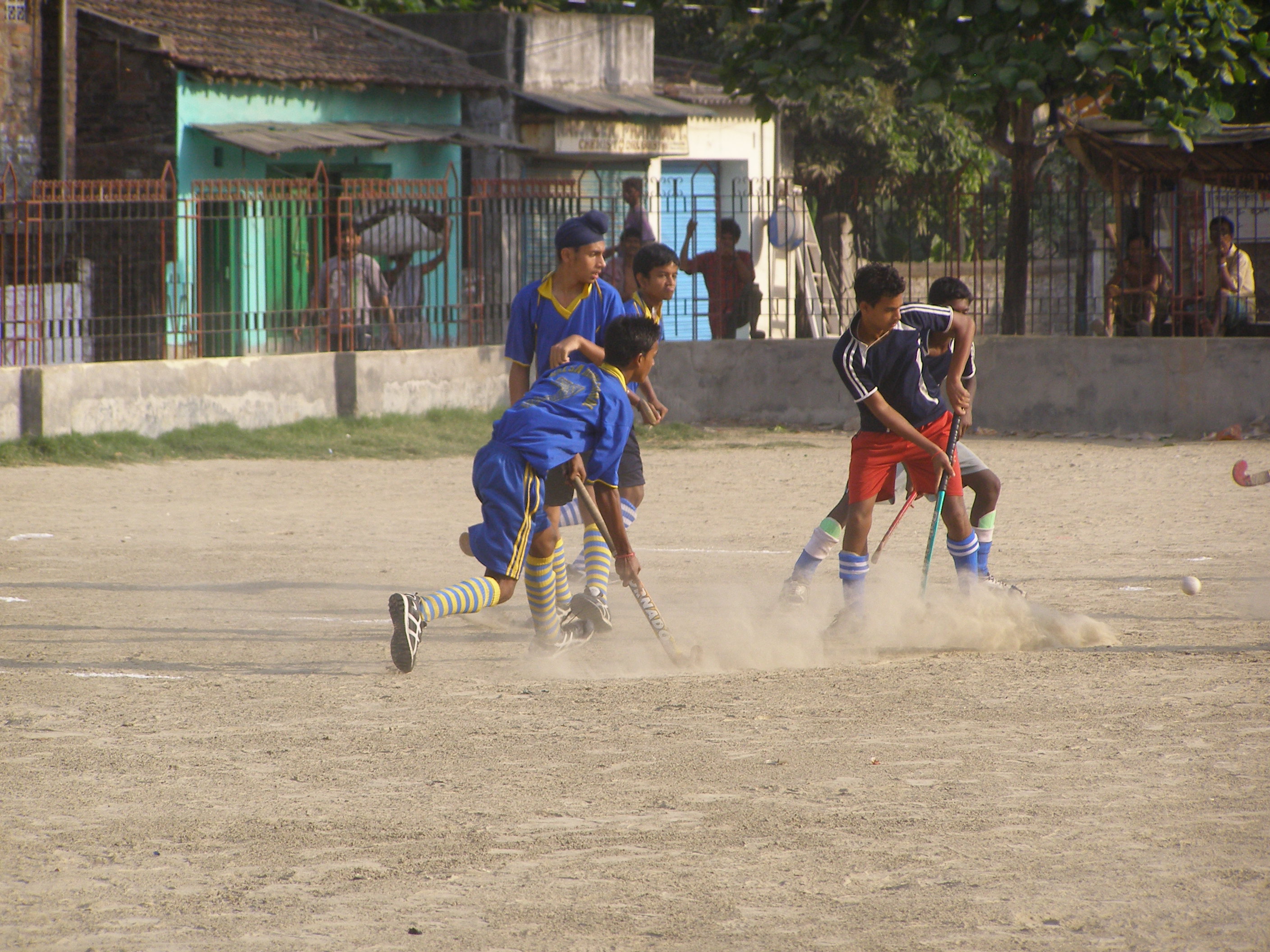 This was followed by a quiz in Brahamananda School. Interestingly, the children had prepared for the quiz very well and show was a hit. Dr. Chatterjee conducted the quiz in Bengali and as the quiz went into the 4th round, with the questions getting tufter, there were claps on each correct answer. Finally, it was Team A comprising Gopal Das, Koushik and Suvendu Goswami who won the Quiz.

With no power at Kanaipur School, the quiz was postponed and the OTHL bandwagon proceeded towards the city of Kolkata. This time it was Shanti Sangha High School in Behala where 3 matches were scheduled.

Due to excessive heat, the first one between Khalsa High School v Kanaipur Sriguru, started a little late. This match was a tuft match with no team relenting in the first half. Good defense by Khalsa never let the Kanaipur team earn the lead. It was only in the 2nd half the scoreboard ticked when Khalsa High School scored a goal. This is how the match ended with Khalsa winning 1-0. 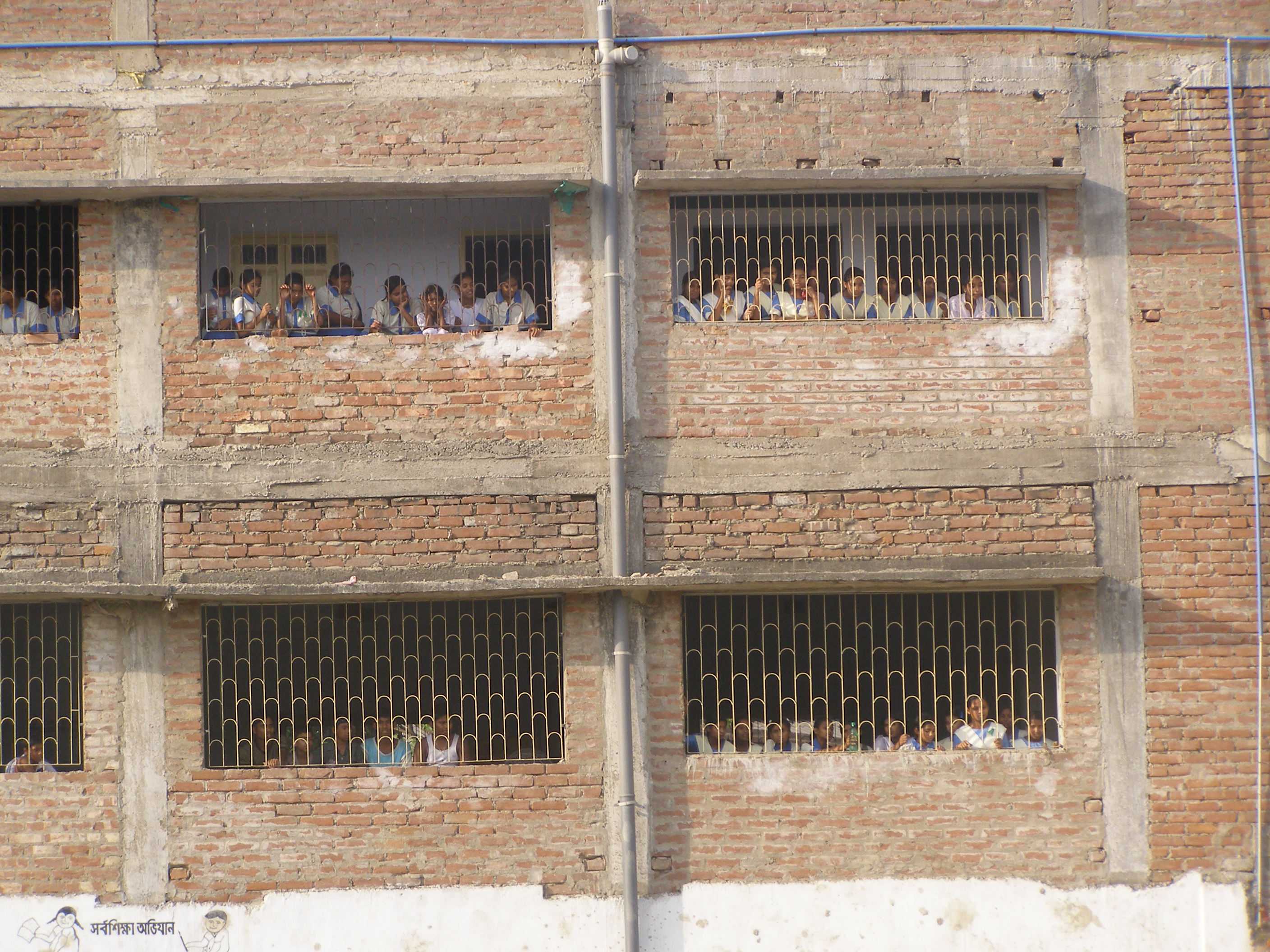 Check out that audience behind the grills..

The highlight of this game was the huge bunch of Shanti Sangha girls who were watching this match. Many of them were overlooking from the balcony of the school. In between this match, an invitation was thrown to the huge public to try the small drill of rolling the ball and scoring a goal. Initially shy, but later on a bunch of more than 20 girls came down to try their luck. The few who succeeded won the poster s of Indian Hockey stars.

The second match was with the home team, Shanti Sangha High School (Girls) playing against Kanaipur Sriguru (Girls) team. The home team looked rusty and was never in control of the game. A bombarded of attacks from Kanaipur girls only added to their misery. The crowd noise in their support proved futile for them. With Kanaipur scoring once in each half, the score ended 2-0. The home team girls were not happy with the decisions made by the umpires and were quite aggressive in their protest. However, the matter was diffused by the intervention of OTHL team.

Drag flick about to come?

The highlight of this game was the enthusiasm and passion of Shanti Sangha High School with which they cheered for their team. Even otherwise, the school was thoroughly supportive and cooperative of OTHL efforts. The school ground open from all sides to the passer-bys, attracted a lot attention from the public around. At one time, there were people on all corners of the stadium today.

It was a pleasant day for OTHL teams, who slogged quite a bit but were a happy lot at the end of a long day which started at 7 in the morning and ended at 7 in the evening.

There are 4 matches and 2 quizzes lined up for tomorrow. We hope that another exciting day is waiting for us.