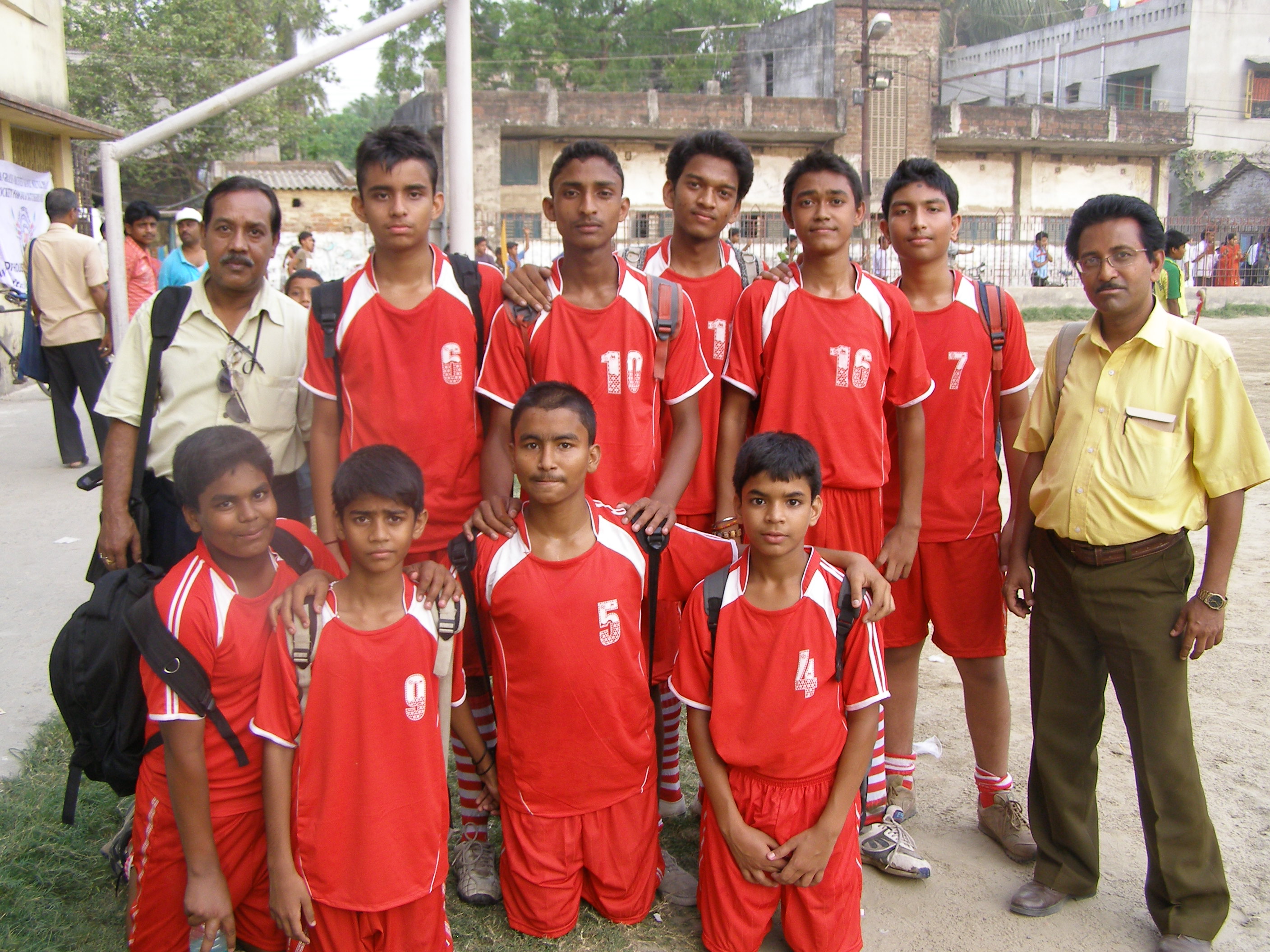 Another exciting day at Kolkata

In the afternoon session, OTHL team reached Shanti Sangha Siksha Mandir and started off with the OTHL Quiz. The response from the children was amazing. The children showed a lot of interest in the Preliminary PPT presented and looked visibly excited about the quiz.

It was a interesting site to see all the children enter the room, for the quiz, with a copy of preparatory material in their hands. The quiz progressed and it was Team C comprising of Soma Patro, Suparna Biswas and Reshma Khatun who emerged winners. Team E ended up the runners up with 27 points. 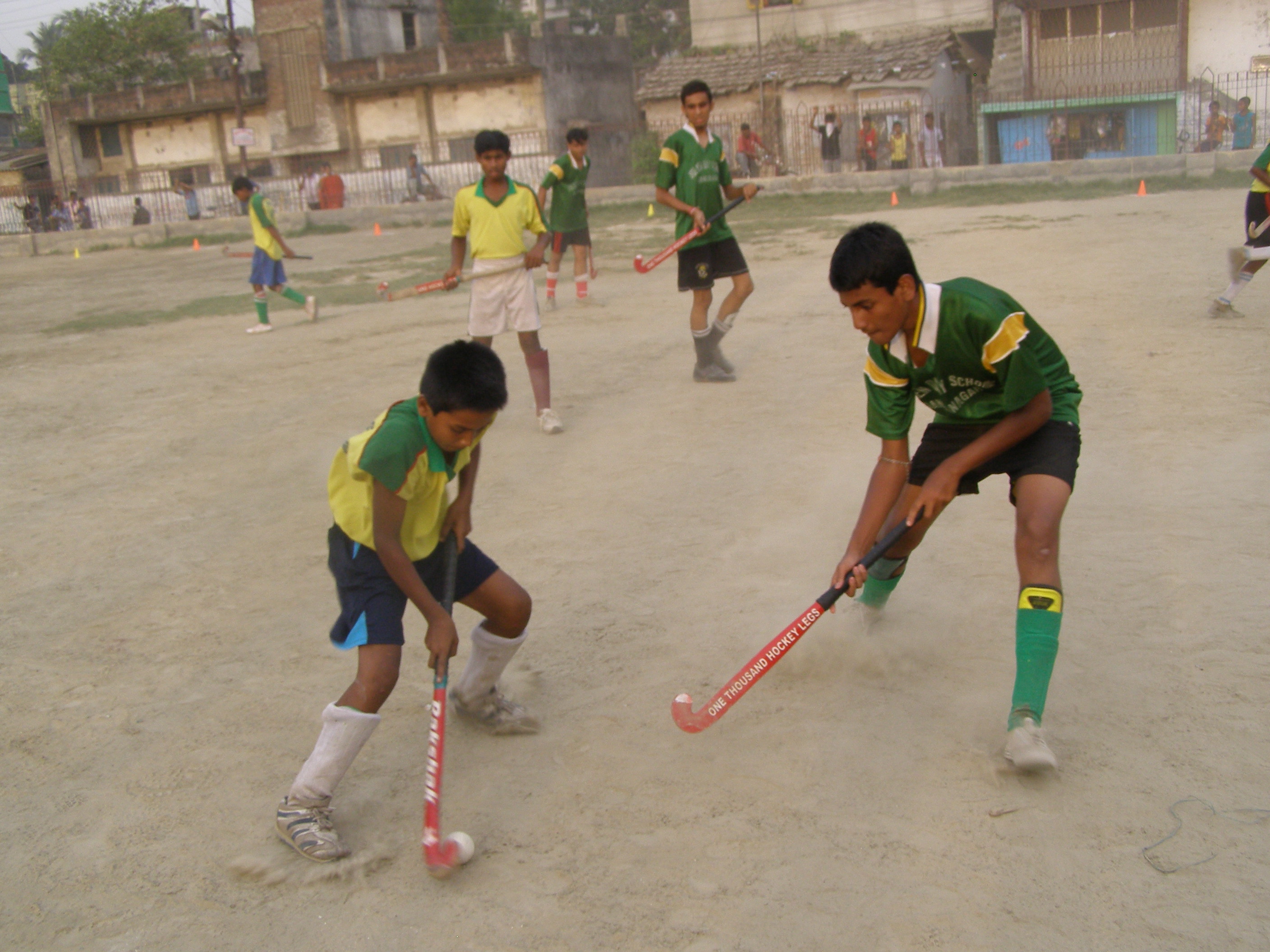 This was followed by 3 matches for the 2nd half.
On the previous day, Dr. SK Chattejee, our Kolkata Project Officer, had got his portable goal posts which he had got made himself, with detachable ply-wood boards and PVC pipes along with Ts and Connectors. Today, we had a net as well which was put on the goal posts. The idea was to keep up the excitement as the goals are being scored.

The 1st match of the day was between Julien Day School, Kalyani and Khalsa High School. Playing in bright Red jerseys, JDS Kalyani looked totally out of touch and within the 1st half of 15m, the score board read 4-0 in favour of Khalsa. The storm didn’t stop in the 2nd half and Khalsa declared their supremacy at the final whistle by stopping the busy goal ticker at 7-0. For Khalsa, Nitish Meopani scored 4 goals. The Man of the Match award for Khalsa was given to Rajdip Singh and for JDS, Kalyani it was given to Brandon Green. 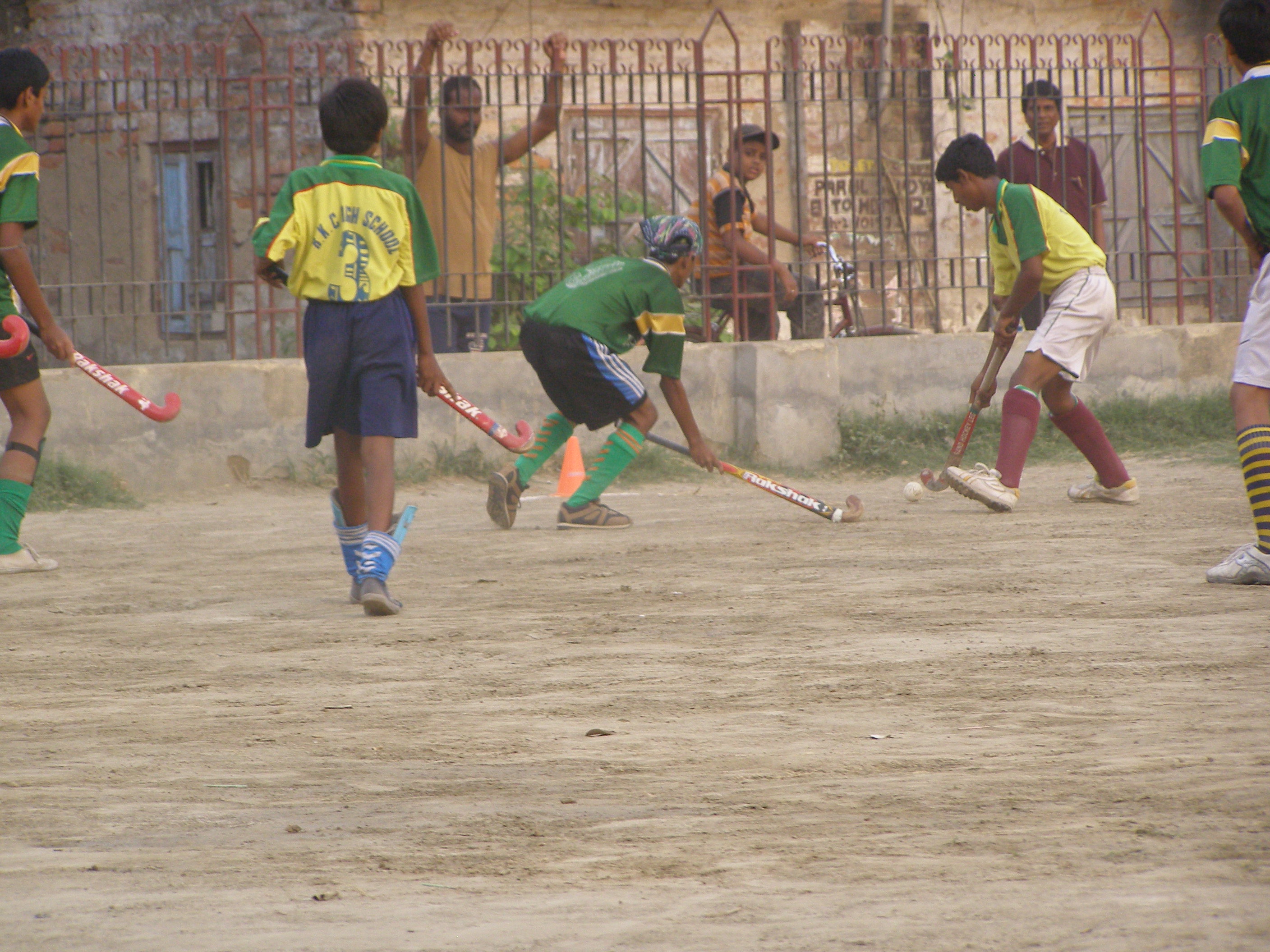 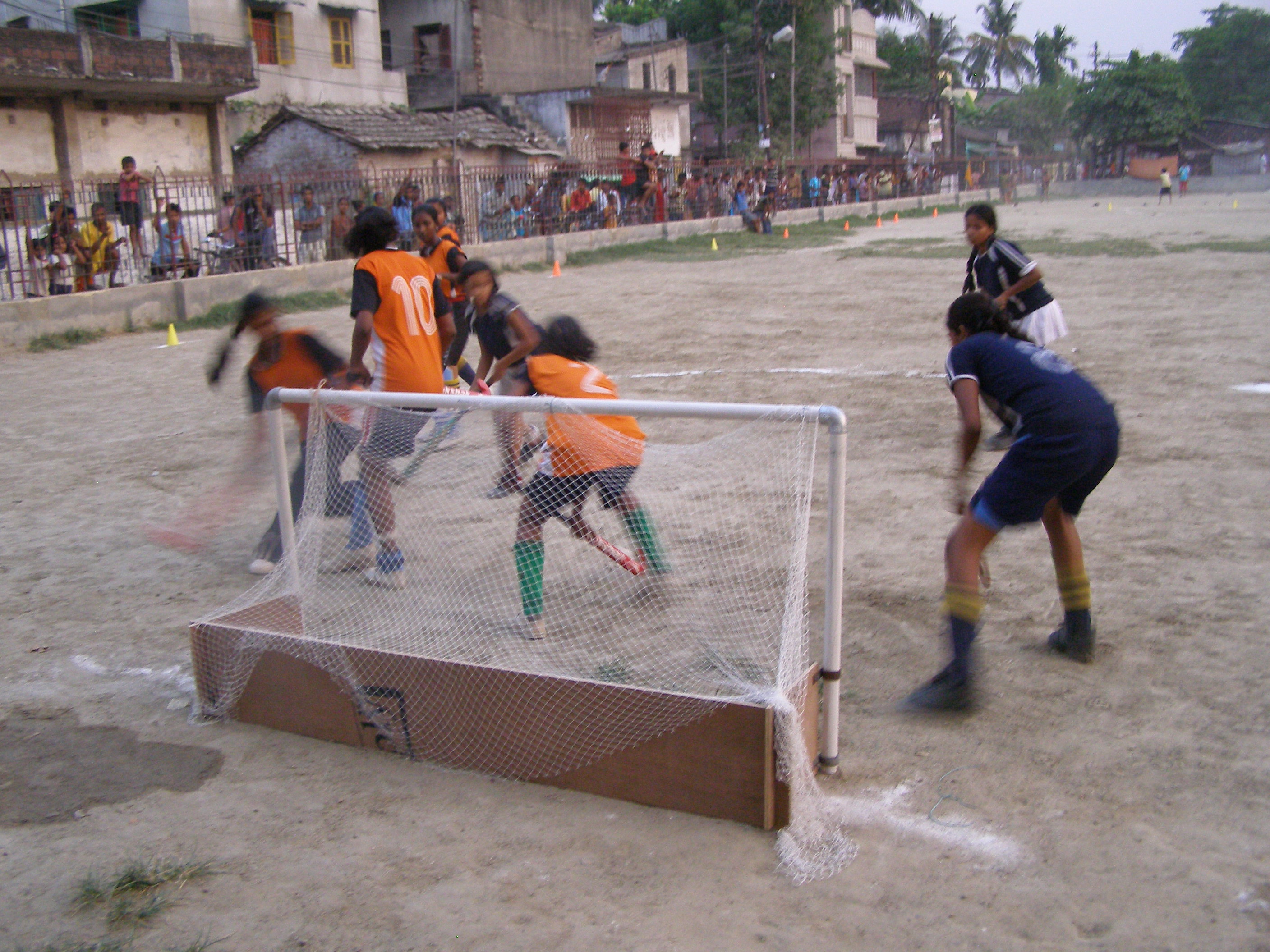 Can you go through that goalkeeper?

As the excitement piled up and so did the audience, the 3rd match between Kanaipur Sriguru (Girls) v Shanti Sangha Shiksha Mandir School (Girls) went underway. A massive home team support was something punched in a lot of energy into this game. After a very tuft battle between both the teams, where many a chances were missed by a whisker, it ended 0-0. The Shanti Sangha School, whose performance was much better on this day, were visibly disappointed in not being able to capitalize on their chances.

This ended another exciting 2nd day for OTHL team in Kolkata.