Government of India has launched a big movement to make sporting culture in the country with many verticals. One of them is to introduce a new Event called Khelo India Youth Games (KIYG). There are 17 disciplines that come under KYIG this year. Hockey being the national game of India nad had always been given priority. Last year, the inaugual event, hockey event was held in Dhyan Chand National Stadium, New Delhi. Only age group for hockey team was Under-17. This year, the Govt has added Unde... 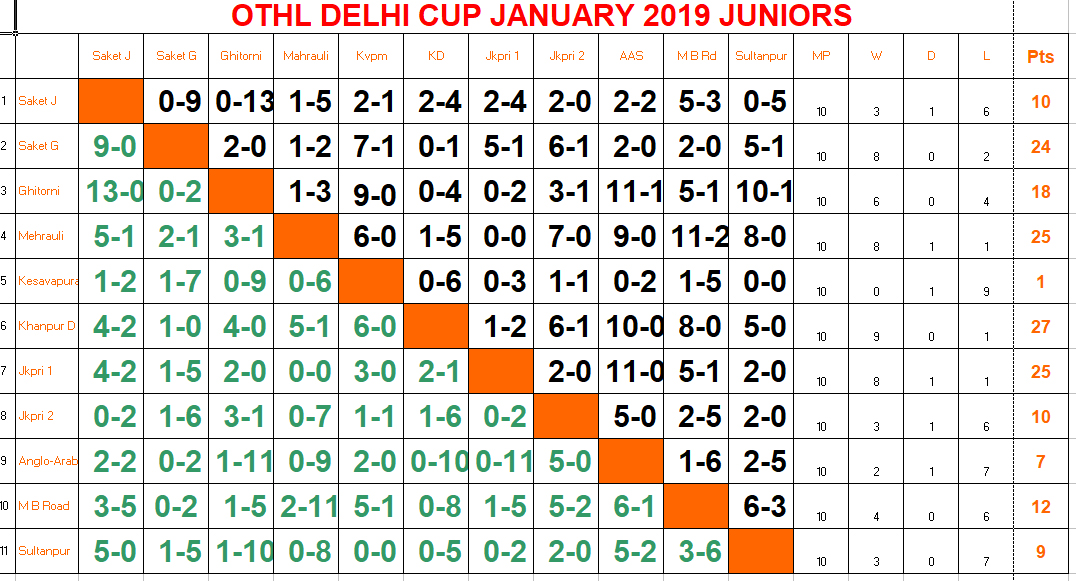 Ghitorni school and Khanpur school top the Senior and Junior categories respectively in the much awaited annual OTHL Cup. All OTHL Subscribed schools play every year in December (winter break) assemble in one ground to play what is famously known as OTHL DELHI CUP. This year was no different. There were problems for play field, and the schools had  special classes even during the winter break but these hurdles were overcome and the events are in the last leg or in the business end. ...

28th December of 2018 marks tenth anniversary of globally acclaimed One Thousand Hockey Legs. Exactly on this day ten years ago, the not-for-profit organization was registered with NCR of Delhi. Government Boys School Saket, Government Boys school, Begumpur and Hansraj Public School, Ashok Vihar were the first educational institutions that had been taken into the OTHL fold in Delhi. OTHL was first started in Puducherry, and spread to Kanpur in Uttar Pradesh, Kolkata in West Bengal. Two years ... 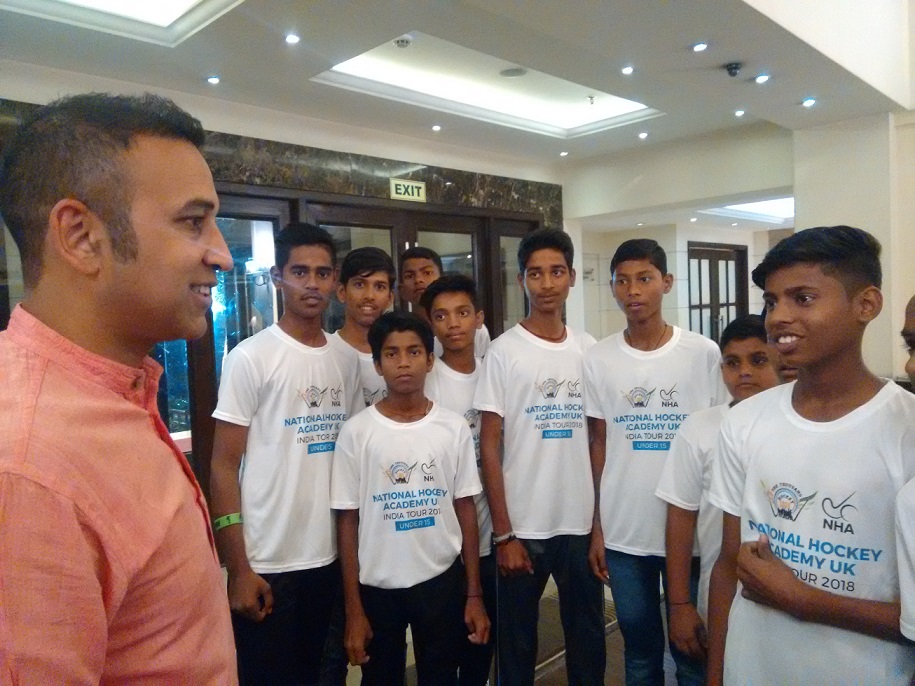 It was an much awaited occasion, which was in pipeline for over a six months. When it did occur, joy flowed everwhere. England's Coventray based hockey team of young and very young visited Jalandhar, a city known for producing hockey stars, sportsfields and sports equipment manufacturing, this week. As a special gesture, the NHA's think thanks have invited Delhi base NGO, One Thousand Hockey Legs' Under-15 team for both socializing and competition. This was one invitation the OTHL... 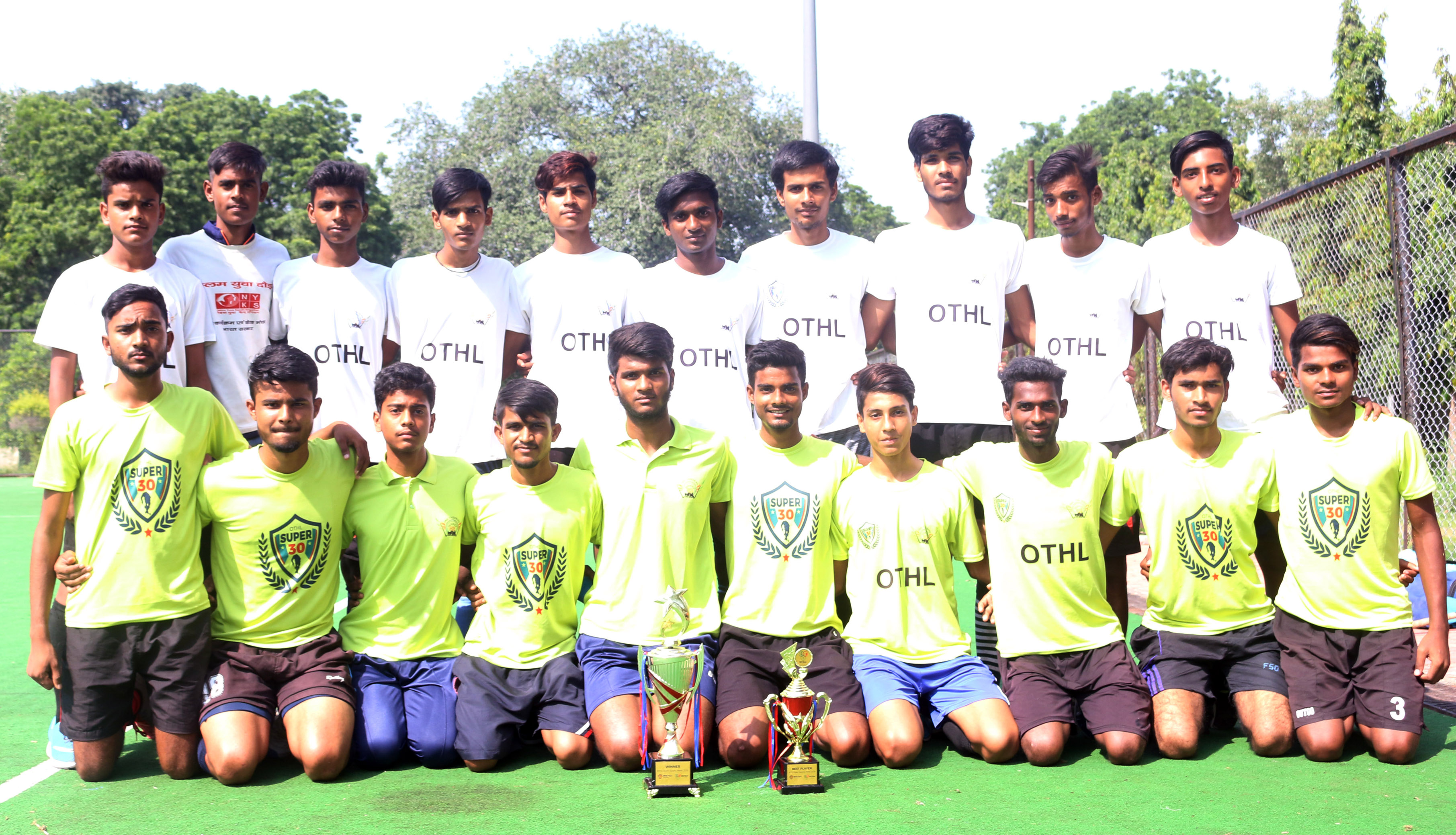 ONE THOUSAND HOCKEY LEGs always endeavours to give maximum exposure to our up and coming hockey kids. Tours constitute one of the modes by which our kids get multi-benefits, both direct and indirect. Tours imbibe in them personality development, improves societal outlook and  provides platform to showcase their hidden talent.

When the opportunity came from the nationally acclaimed Birla Institute of Technology and Science (BITS), located in PIlani, Rajasthan, we grabbed ... 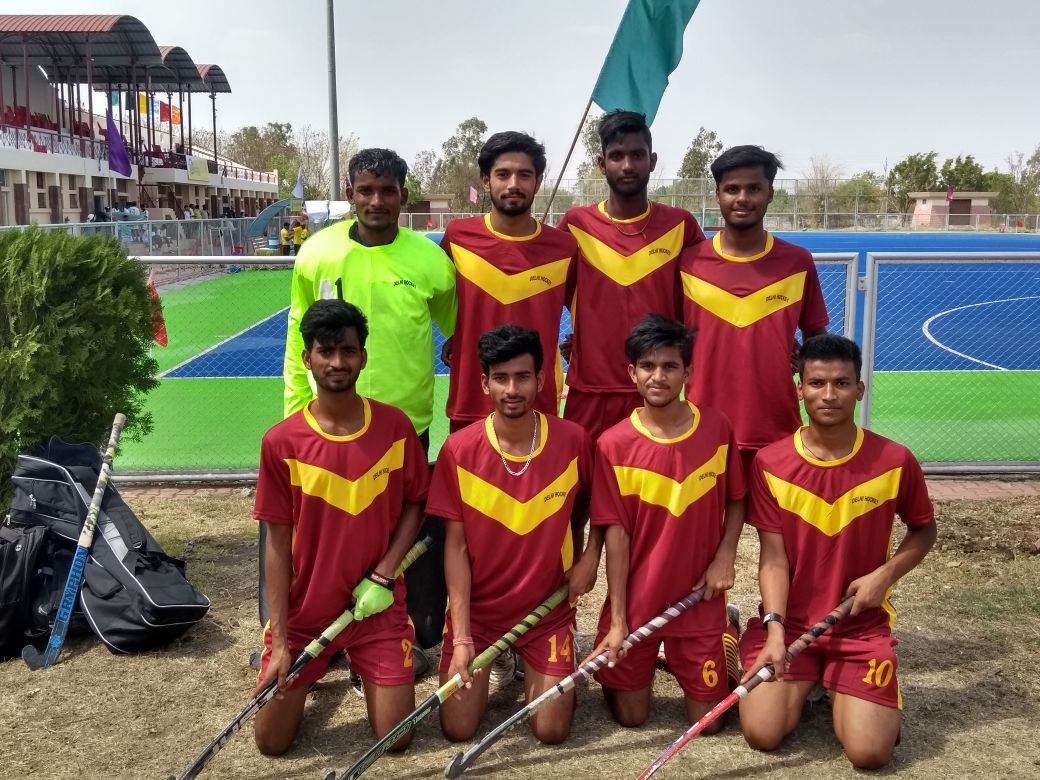 Eight One Thousand Hockey Legs boys have made it to the Delhi State team for the Hockey India Junior National Men's Championship (A Division). Its a creditable performance for an NGO to produce so many players for a State team. Defender Kishore Arya and Rohit Gharai, forwards Rahul Gharai, Abhishek Rana and Sunil Kumar, midfielders Sushil Chauhan, Amit Gupta and goalkeeper Md. Zaseem made us proud when they knocked the doors of Delhi Hockey with superlative performance in the selection tr...

MISSION ACCOMPLISHED: One Thousand Hockey Legs ran its first-ever Fund Raising campaign for 45 days starting from 15th Feb. It ended today. As all are aware, it was a maiden effort to involve people after transforming a NGO into an institution, which almost took 10 years for building. The result  is positive and befitting. The subscribers  include Olympic Gold medalists, a triple Olympian, WC gold medallist, National Creative Director of a leading Ad agency, a CEO of a successful sp... 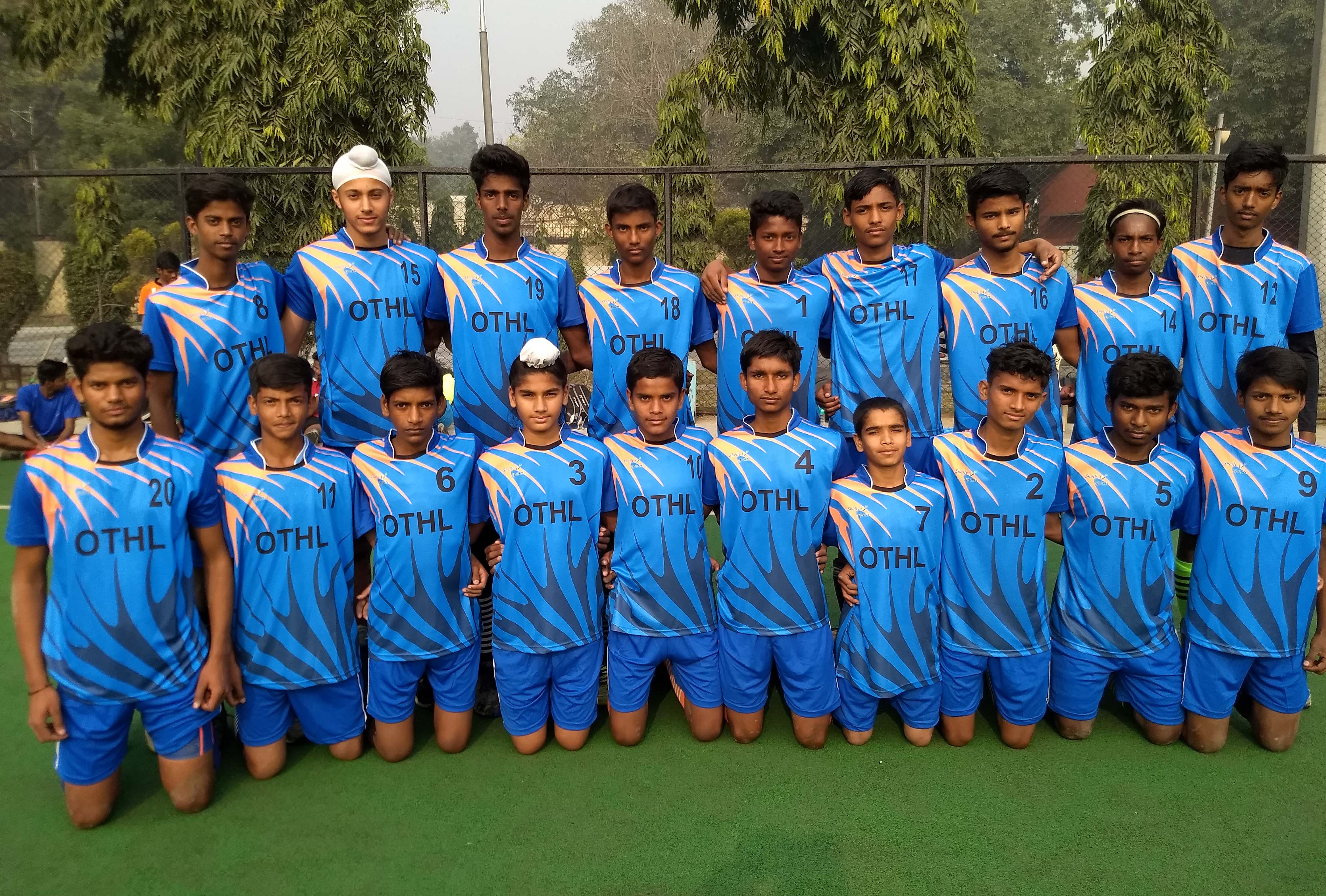 After many tours and many camps, each event helping downsizing the aspirants, the last word has come. One Thousand Hockey Legs boys team for the 8th Hockey India Sub-Junior Nationals has been arrived at. The team has left Delhi in the eary hours of Tuesday the 2 January, 2018. 18 of our boys will reach a place called Hojai in Assam, a new emerging semi-urban hockey centre in north eastern part of India. If the train would run in scheduled time it will take 42 hours for them to reach. However,... 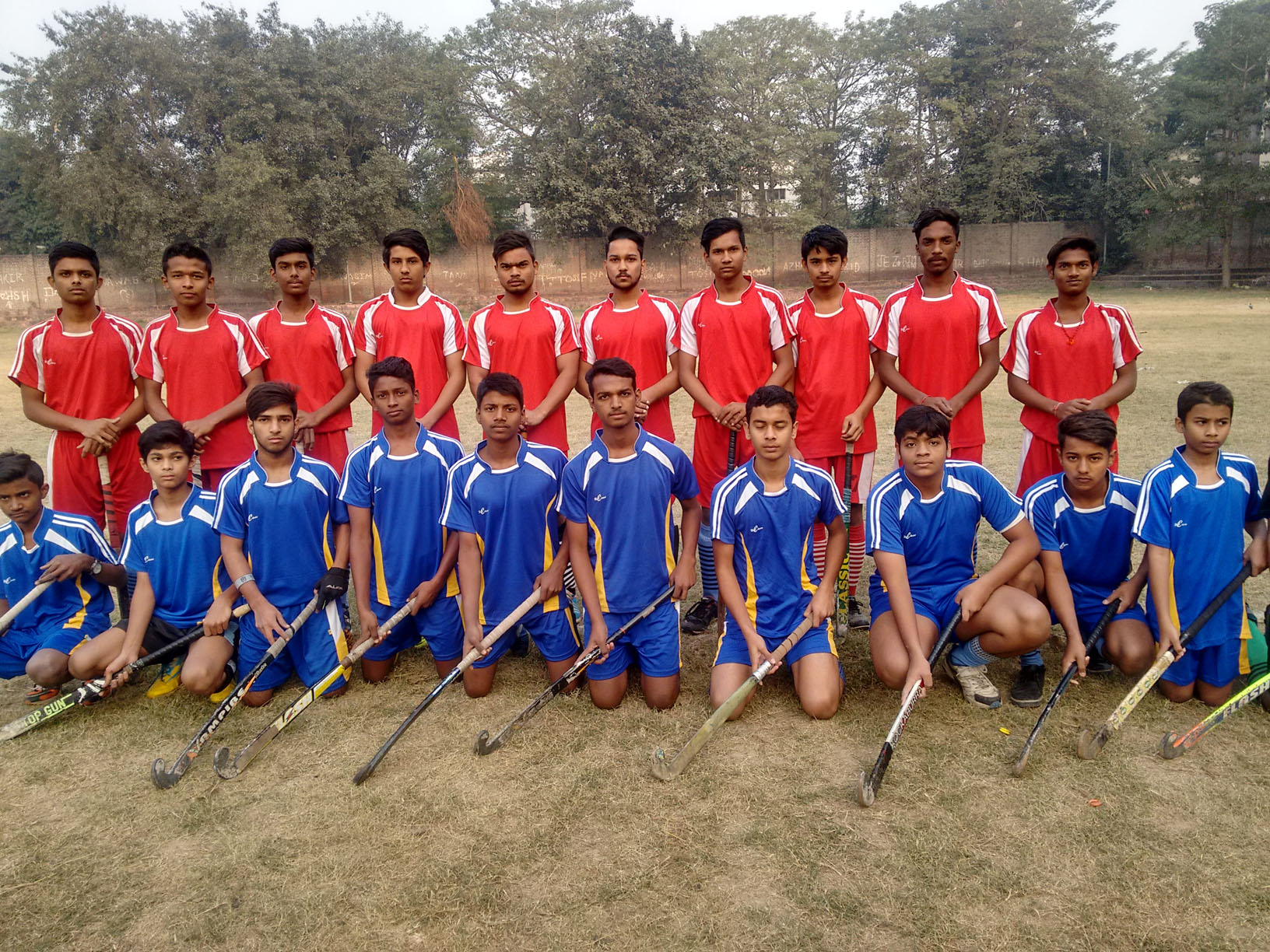 One Thousand Hockey Legs has been privileged to get direct entry in the Hockey India Sub-Junior National Championship. We have been participating in the Sub-Junior Nationals from 2014. Our teams performed well in Baroda, Jammu, Imphal and Bangalore. The next edition comes in the first week of January 2018.

The preparations to select representative OTHL team has started two months ago. Despite not having full grounds, turf or grass, all efforts have been taken to collect talented boys bo...

Sachin was declared Man of the Match at Pune in the 2nd SGNB All India Inter-Sch...